PLAYKEY will introduce a decentralized cloud gaming platform for miners and gamers, based on P2P and blockchain technologies. The aim is to provide gamers with a reasonably-priced opportunity to play top rated games anytime and anywhere, using any device connected to Internet, without having to purchase a high-end PC or console. 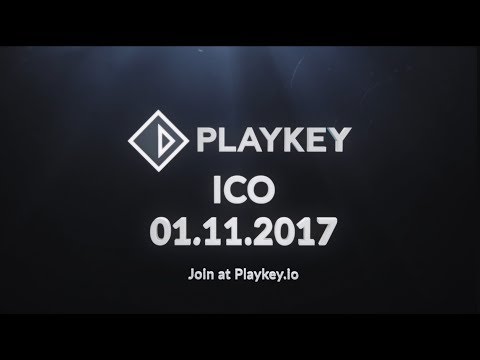 Playkey is a cloud gaming platform, allowing gamers to play top-rated games on obsolete PC and Mac. We have spent 4 years on developing gaming technology that is already available in EMEA and CIS countries on PLAYKEY.NET and used by 1M gamers every month on 100+ Nvidia Grid powered servers based in London, Frankfurt, Amsterdam and Moscow. Our team of 45 experienced R&D specialists collaborates directly with leading game publishers including Ubisoft, Bethesda and Wargaming and is backed by a large European VC fund.

THE FUTURE OF GAMING AND PLAYKEY MISSION

Gaming is moving into the cloud, following video, music and other services. For gamers, cloud gaming is 10x cheaper than owning personal gaming hardware (PC/console), leveraging share economy principles. The development of GPUs, the Internet, and low-latency streaming, have diminished the demand for personal gaming hardware. In fact, the next generation of consoles could be the last one that is based on hardware.

Moving gaming into cloud technology has now become inevitable – 70% of Steam players are unable to play AAA titles like GTA V in high resolution, and 30% of players cannot even run such titles on their obsolete PCs.
The demand for cloud gaming will continue to grow. The demand for latest-generation hardware, and the increased requirements from gaming caused by resource-intensive VR technologies, will be making home hardware more and more expensive and non-viable for casual gamers.

Industry leaders predict – the future of gaming is streaming. The Playkey mission – to leverage the cloud gaming revolution during the early stage by decentralization.

Playkey aims to create an ecosystem for cloud gaming based on P2P and blockchain technologies featuring:

All parties benefit from participating in the Playkey Ecosystem:

A product that still does not work for most of its customers that has plenty of much better competition.

Abhijit Solanki
Founder, Whiteboard Venture Partners & HigherOrder.VC
Rated on Oct 12, 2017
2
4
3
6%
This rating's weight is reduced by 50% as there is no review added.

Co-founder and managing partner of Blockchainuniversity.io, Co-founder and CMO of Blockletter.co, ICO advisor of LAToken, Ex-SONM.

CEO and Founder of CoinInside

Playkey.net expanded in Europe and USA with 2.5M users

Access to exchanges: Cryptopia, Evercoin and Coinexchange, Smart-contract for Gamers and Miners