Making games is hard, profiting from games is even harder. Wouldn't it be awesome if anyone can purchase your virtual items and create competition with pool prize in cryptocurrencies? Best of all, you keep 100% of the revenue. We are making that happen, for you our beloved game developers! Direct-to-play html5 gaming platform. To simplify marketing and distribution, we are creating playgame.com. A direct-play gaming platform where players can play HTML5 games directly from their desktop, mobile browser or even embedded on their own application. No application downloads required. Publishing your game to playgame.com is not mandatory. 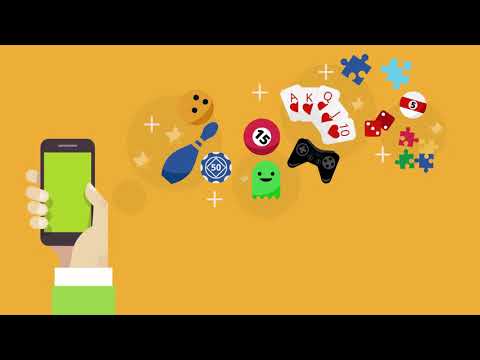 The launch of digital distribution platforms such as Apple’s iOS App Store (2008) and Google Play (2012) have contributed to the rise of indie game studios. The ease of entry to these platforms have allowed game developers to bypass traditional large game publishers like Electronic Arts. The instant accessibility to a large global player base conferred by these platforms allow indie game studios to compete with established game companies and profit off the games they have passionately created.

Some successful one-man indie game studios that have generated millions in revenue include Andreas Illiger’s Tiny Wings (2011) and Dong Nguyen’s Flappy Bird (2013). These were commonplace in the early years of these platforms. However, established studios with huge reserves and connections began entering the marketplace, causing indie game studios to struggle with increasing CPI (Cost-Per-Installs) and competition F2P (Free-to-Play) Games. These F2P games require a higher initial capital outlay of resources to be successful and are thus dominated by big game studios.

The situation was made worse by the high commissions (30% off revenue) from platform providers that reduce developer’s margins. Developers have also complained about the lack of transparency, inefficient payment calculation and distribution. These platforms are also overcrowded with thousands of games released daily. Top-grossing games that make up 50% of the store’s total revenue dominated by established big budget mega studios. As such, these digital distribution platforms are no longer the “Mecca” (champion and go-to-platform) for indie game studios.

The current crypto-revolution is a “God-sent” solution for the game industry. It opens new possibilities in game distribution and a new, emerging market of gamers (>1 million) engaged in the Crypto-world who are eager to find new uses for their Crypto/Digital assets. Blockchain technologies offers a decentralized, efficient, open, and transparent payment system than can be adopted in a gaming platform, benefiting both developers and gamers. Moreover, features such as crowdfunding, marketing, monetizing, acquisition, and retainment of users can be incorporated into the gaming platform with blockchain. These features are what indie game developers and small-budget studios need to survive and succeed in this increasingly competitive marketplace.

Game developers will no longer depend on traditional platforms to publish their games. PlayGame.com is the first decentralized Crypto Arcade Playground that uses blockchain technology to offer a simple world-class solution for game developers to fund their amazing projects. They will be able to acquire, retain and monetize their games to crypto-enthusiasts, without having to worry about payment discrepancies. PlayGame.com will be able to combat rampant piracy issues and allow indie developers to compete on the CPI (Cost-Per-Install) war. Indie studios would have the funds to hire good talent to design Free-to-Play games that have long development timelines. These games would be able to compete with big game studios in this space where (paying) conversion rates, ARPU (Average Revenue per User), ARPPU (Average Revenue Per Paying Users) and ARPDAU (Average Revenue Per Daily Active Users) are diminishing from an overcrowded game development scene.

PlayGame.com provide game developers with everything they need: technical solutions including smart-contracts, marketing outreach with our easy to remember domain name: PlayGame.com, advisory and management expertise driven by our team of 20 game industry experts. PlayGame.com provide game developers an amazing chance to create games for Cryptoenthusiasts which is an emerging market. Fun games where people pay tokens to play and compete to win more tokens of other cryptocurrencies. This solves the problem of acquiring, monetizing, and retaining users for indie game developers.

PlayGame.com, together with game projects within its ecosystem form the PlayGame economy, a space powered by PlayCoins that perform a variety of utility roles for Gamers and Game creators. PlayGame.com solves the funding problem that often plagues new developer aiming to turn their ideas into wonderful games. The transparent blockchain decentralized ecosystem backed by the PlayCoins Economy makes it possible for game projects/idea creators to receive proper funding and gives assurance for backers when they back projects that they see potential in.

Our mission is to help gamers, game developers, entrepreneurs, investors, advertisers, and other future-thinking crypto enthusiastic people convert their game ideas into fully-functional games that can be enjoyed by millions of people regardless of their location, origin, game devices or socioeconomic status. We have a roadmap and a working product and will be up and running by October 2018.

This project designed for many people involved in games as well as users of games is highly demanded.
It is ideal that anyone can freely design and play HTML5 games.
The team seems to be experienced and necessary and sufficient.
The token balance is also well designed.
I could not find the MVP, but their achievement is high if I look at the results. I will wait for MVP.

Firstly, I love the team and advisors. Experienced and strong. Experts from Game development, Community Management (more than 10k), solid funding, and marketing. Secondly, the decentralised gaming idea is not new, however the sharing of the revenue 100% is novel, i.e., giving back to the gamers begs the question on how will PlayGame earn revenue to operate? I like the strategic global marketing strategy, it is already underway ahead of your roadmap. Thirdly, I like working models. I have no doubts the technical guys can deliver. But I am looking for the X-Factor. Go to market and execution is key now. Congratulations on meeting 30% of your hardcap in this bear market. Only goes to show good projects will definitely attract funding.