Petlife is an international blockchain-based platform for pet owners and providers of veterinary care. The service brings together animal owners with doctors and clinics around the world. It is a platform to provide 24/7 veterinary care. With our application pet owners can provide their pets with necessary care - remote consultation, interpretation of test results, data storage and electronic prescription. Veterinarians perform consultations, prepare reports and summaries and receive payment. 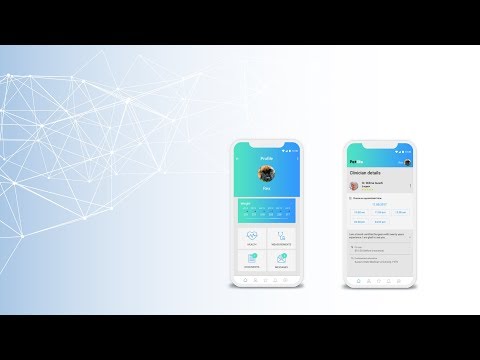 According to Business Research Company, international veterinary market, which includes medical and rehabilitation services for animals, was estimated at $27 billion in 2017 with the total annual growth rate of 8.1%.The European market of private veterinary practice is estimated at €11 billion and the market of animal medicines is estimated at $18.1 billion(2017).

According to United States Department of Agriculture, the shortage of veterinarians in densely populated cities is 60% and up to 40% in Europe.While in Europe 243 000 eterinarians treat 157 million pets and 342 million heads of livestock. From 2006 to 2016 the cost pets and livestock expenses has increased by 73%. But even given the sharp shortage and rising cost of veterinary care, according to European Veterinary Association, 17% of veterinarians are in part-time work and 23% cannot find a job for more than a year. This is due to the place of residence and population.

Shortage of veterinary care on the one hand and growing demand for food on the other hand cause a sharp increase in zoonotic diseases such as avian influenza, bird salmonellosis, toxoplasmosis, leptospirosis campylobacteriosis and SARS virus. Pets or farm animals can be the source of zoonotic infections. Over 5 years 50 million people catch zoonotic diseases spread by dogs, cattle and chickens; 78 000 people die. Infections can take place in different forms. For example, outbreak of haemorrhagic fever caused by the Ebola virus in 2014 resulted in more than 14 000 deaths.

Veterinary care providers are looking for a way to cover the growing demand for veterinary care. IT technologies is one of the solutions. According to Grand View Research the global market of veterinary software reached $322.8 million in 2016 and by 2025 it is projected at $699.0 million. If this forecast is correct, the average annual growth rate of IT solutions in veterinary medicine will be 8,9% per year.

KYC was not conducted on key members in the team. This is a serious flag.

Will be willing to review this rating again if the team responds.

The use case for blockchain technology is not evidently presented. Petlife can operate by itself without blockchain. Do we really need our pets' records to be on blockchain?

I am sharing from my perspective as a pet owner.

In itself not a bad project. Highly commercial and the value can be seen. However, the reasons for blockchain use if not 100% clear. The team also needs to KYC to improve the rating.

Emission and sale of tokens

Start of monetization in Europe

Beta-testing of the app

Start of monetization in the USA