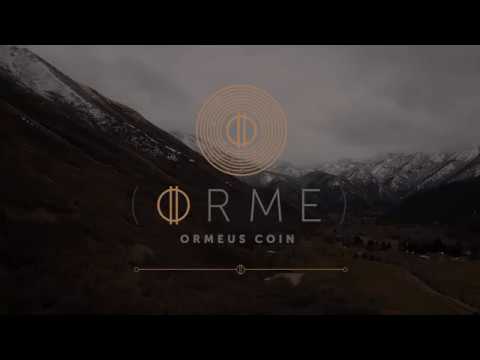 Ormeus Coin (asset symbol ORME) is a collateral-backed cryptocurrency - the cornerstone of a new digital money system secured by one of the biggest industrial cryptocurrency mining operations in the world. The coin is currently being cryptographically linked to a publicly identifiable, fully-transparent currency vault funded by mining businesses located in North America and China. By using a proprietary Artificial Intelligence engine, the Ormeus mining hardware can be allocated instantly to mine a variety of mainstream crypto coins that use the same authentication hashing algorithm, encryption type: Sha256, Scrypt, X11, Ethash. Ormeus Coin did not engage in an Initial Coin Offering (ICO), however the coin is already being stabilized by revenue from the 18th biggest Bitcoin mining business in the world. In the event of a Black Swan event or devaluation of Ormeus Coin, the vault will be programmed to buy from the market at a predefined trigger price, thereby offering support if predetermined levels are reached. The ORV aims to be over-collateralized by two or three times more than the market value of the coin itself via a diversified pool of currencies stemming from the privately owned mining operations. Full technical details of the smart contract rules, re-investment rules, predefined stabilization trigger values and autonomous feedback mechanisms are yet to be programmed and will be released shortly. The programmable smart contracts will ensure that Ormeus Coin stays linked to the real-world assets; transparent for all to see, without susceptibility to fraud, hacking or tampering. ORME can, therefore, be distinguished as a stable, next-generation digital currency and store of value backed by real-world assets.

Qravity is a decentralized content production and distribution platform where creators ...