A advanced technology dedicated for your safe

The Optonium Coin is an electronic cash which is bit unmistakable money sort from the one that we use. You can pay or send money to anyone, wherever on the planet as this modernized cash and that too in appropriate around zero cost. It's the possible destiny of all the monetary trade which happens in the present time. Additionally, the most basic part is that the trade occurs in grinding of a minute. 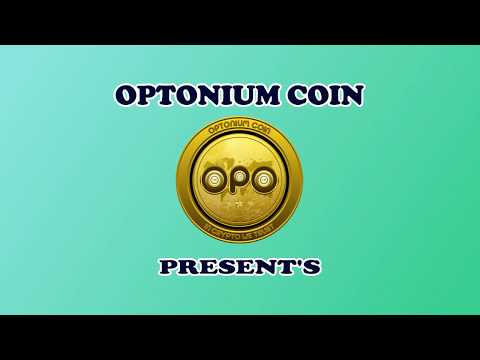 The world is lagging behind the renewable energy adoption. Current renewable energy share is 24%, however, due to a drop in investment level this year, it became complicated to reach 100% renewable target. Due to drop in subsidies and more and more renewable energy being developed to compete at a market price banks started increasing demand on a higher level of own capital and debt ratio. It moved from 20:80 to close to 50:50 ratios for newly developing renewable energy projects. Equity capital became a limited source of financing contributing to a plunge in investment due to smaller leverages.

2017 level of investment into renewable energy has reached a level of 242 Billion USD representing a 23% decrease over the previous year. Despite the lack of capital, renewable energy financing market is still closed. Only big institutional players have access to energy investments.

OPTONIUM COIN solves the current problems of access to capital for the renewable energy developers and provides access to investments in profitable projects directly for the final consumers, any type of investors and energy market makers. This is done using the fast and transparent way through smart contracts on the Blockchain. By employing technology OPTONIUM COIN solves the following energy market insufficiencyy: global access to capital for green energy projects and green energy investments and trading as well as speed and transparency.

Renewable energy developers can sell upfront part of the energy to be produced in the future. To make it fast, global and transparent, this energy is tokenized and each power purchase agreement becomes a smart contract. This ensures liquidity. On the other side, final consumers, investors, and energy market makers can buy energy with a discount and reduce the cost of the consumed energy or make a profit from price differences between the price paid and the market price at a certain point in time when the energy is produced. OPTONIUM COIN is connected to the energy infrastructure and energy exchange markets in order to record data on the Blockchain, enable energy trading and selling energy directly to the market, if there is not enough demand on the platform.

Once the volumes of renewable energy with the help of OPTONIUM COIN increases, the platform will become the next generation utility, using Blockchain, smart contract solutions and bringing full transparency to the energy market. It will be based on the core principles of decarbonization, democratization, and decentralization.

Road-mapping and planing of OPO Coin