Engaging in contracts on the go

The Notary Platform is the first mobile application which enables you to engage in contracts on the go. With the help of our app, you can sign a contract wherever, whenever, and without a third party involved. 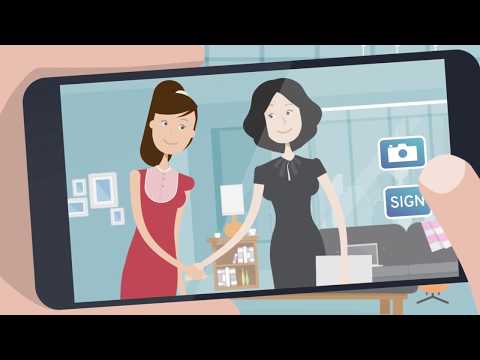 Engaging in contracts on a go, without third party!

The Notary platform offers first real-life applications for everyday use. It enables the creation of a timestamp of any digital document, and then retrieves and proves the content of these digital documents. This means engaging in contracts on a go, without a third party. While this isn’t new, the platform offers an intuitive and user-friendly interfaces. Moreover, it offers the use of templates for standard contracts for different real-life use cases. More advanced users may take advantage of the use of smart contracts, which emulate the logic of contractual clauses. Consequently, contractual clauses are made partially self-executing and/or self-enforcing. The most advanced use includes artificial intelligence (AI) support, which automates the preparation of classical contracts and/or smart contracts for different use cases. The NTRY platform is intended for use by the general public, businesses, as well as governmental agencies.

The cointract is synonymous with a traditional written contract, whereas the former is typed and/or produced in digital form using an  advanced cryptocurrency and/or blockchain technology. Instead of the term ‘contract’, the term ‘cointract’ will therefore be used throughout the paper where applicable.

Simple forms of NTRY cointracts will be further upgraded in the form of smart contracts using the Ethereum network. Large banks (which represent the backbone of the existing financial system and are in control of governments), however, already deal with the Ethereum
organization (check this paper). Thus, while the future shifts from public to private (see e.g. public vs private; the shift from public to private), the smart NTRY cointracts will be implemented on the Ethereum Classic blockchain (https://ethereumclassic.github.io/). Namely, Ethereum Classic is a decentralized platform that runs smart contracts - applications that run exactly as programmed without any possibility of downtime, censorship, fraud or third party interference. It is a continuation of the original Ethereum blockchain - the classic version preserving untampered history; free from external interference and subjective tampering of transactions. As such, it directly correlates with the basic idea of the NTRY cointract, which fully relies on the untampered history as well as the decentralized network not controlled by public enterprises.

Abhijit Solanki
Founder, Whiteboard Venture Partners & HigherOrder.VC
Rated on Oct 12, 2017
3
4
3
10%
This rating's weight is reduced by 50% as there is no review added.

Preparations for the Pre-ICO and later ICO

Introduction of Proof of Stake network, business-oriented applications, and the expansion of the primary stage.

Notary Platform governmental applications and implementation of smart contracts for everything and everyone.