We are proud to introduce MONEYNET, one of the most prominent crypto online communities in South Korea. MONEYNET is an incentive based cryptocurrency community where members can share investment information and acquire a reward. Members can freely share information such as cryptocurrency chart analysis, Altcoin buy/sell target price, promising ICO recommendations and get a reward as other members who think the information is valuable. Unlike other communities where members cannot get rewarded for sharing information, MONEYNET has a distinct feature that gives users an opportunity to receive a monetary reward (cryptocurrency) depending on how many other members like the information. 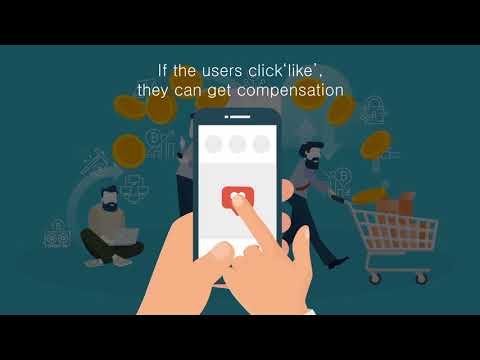 2) Is similar to Steemit but has a more systematic and improved rewarding system.

The MONEYNET ICO Project is established based on “MONEYNET (www.moneynet.co.kr)” that began in 2017. MONEYNET provides basic courses for crypto beginners and various market news/information and allows freedom of communication between users. Finally, MONEYNET became a large community with about 100,000 members.

Also, we were offered marketing partnership from a number of coin/token projects and hosted events. Furthermore, we have built cooperative relationships with many crypto exchanges. However, the existing Moneynet service had limitations that restricted provision of reward to outstanding members who significantly contributed to the community. It was also paradoxical that the blockchain/crypto community

was not based on blockchain technology. Therefore, we will launch an incentive-based global cryptocurrency investment information community “MONEYNET Project” by leveraging two years of know-how and technology network acquired from a number of coin/token projects.

Members can convert MoneynetCoin(MNC) to M-power instantly but when they convert M-power to MoneynetCoin(MNC), it takes 1 day. Also, owners of M-power will receive M-power airdrop every quarter that will be equal to 10% of MONEYNET’s revenue. M-power airdrop will be processed depending on the amount of M-power and the holding period. It means that members will receive more bonuses as they hold M-power for longer period.

Good team and community build-up. Project looks to be supported by an engaged group of users, which will make all the difference in this industry. Will follow this project closely.

Strong team and advisory board. Not only that, they have one of the strongest communities in South Korea. They reward people to share information but my main question would be how they differentiate themselves with other competitors that will also be selling the data and monetising it?

I like the team, I personally think it is good. I also like how they were able to build up such an active community of users, which is fundamental in this field. KYC passed so that's also good.