Potential to Change the World

We are using the supply of capital and funds from the ICO to construct enormous mining farms, and with the cryptocurrency generated from mining, depending on the amount generated from the main project “mine”, we are going to divide it everyday. With the carriers of mine, they should make their own wallet for the dividends from the mining farm. To withdraw from the wallet freely, they should also make a debit card for the same purpose. 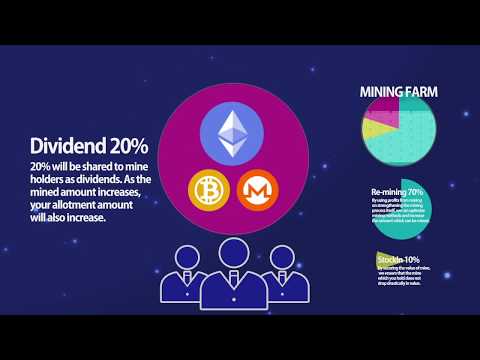 Its basic element is to construct a vast mining farm with funds raised through an initial coin offering (ICO) and daily distribute the cryptocurrency that can be obtained through mining according to the number of mines held. In addition, the value of the currency constantly rises because reinvestment in the mining farm is automatically repeated. This is a mechanism that keeps raising the value as the mine is spent, which is a big difference from other cryptocurrencies and is what we call the mine economic zone.