MimiCoin is the first social crypto currency aimed to be used in social networks as a payment method. Our Mimic app will be the first one that will implement the MimiCoin as a payment currency and introduce it to the world. Mimic is a split screen app for Millennials where they can copy each other's moves in a fun way. App is already on the App Store. 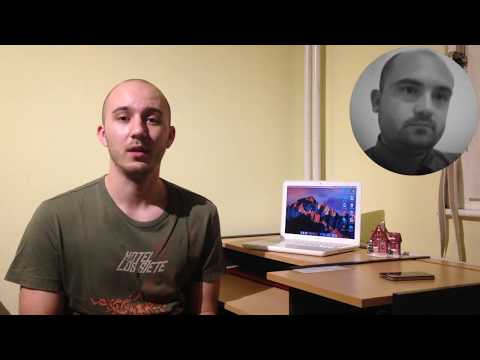 Mimic is a movement that gives you the power of targeted virality. It’s a platform consisting of several key factors: people, communities, videos and, finally, the app that brings them all together.

It's based on the key insight that the allure of virality isn’t in the number of views. It's about people following your example. It's about you setting a benchmark which someone will try to copy and make better - out of respect or a simple desire for improvement.

This is why we imagined and started working on an app that will enable users to do just that - mimic other people's achievements, moves and ideas, no matter how challenging or wacky they might be. Then, we will give them a way to show it to the world. Regular people will have the power to connect to the “viral guy” who set the example, getting a small piece of fame for themselves and, in the process, propelling the original to an even higher level.

This will start as an alternative movement - gathering communities like skateboarders and social experiment vloggers, then moving on to more mainstream topics. However, it will always remain about connecting people through microachievements in their common field of interest.

Finally, we believe that an app made for the people should be owned by the people. Therefore, we’re also creating the Mimic cryptocurrency and rolling out the ICO. We will invest in the creation of the platform, incentives for thought and example leaders and brand ambassadors, online and offline guerilla marketing and, most importantly, measuring activity details, collecting insights, updating the app and creating additional value for people to stay on the platform.

In short, investment in marketing will not rely solely on conventional marketing channels. Instead, it will convey an underground story - focusing on dedicated communities like those on Reddit and using the money to create value and pull people in instead of pushing our product out.

This is a game - of the crypto-kitties ilk - the website tells us next to nothing about why you would by MIMI coins but from the description of the app one assumes it is a pyramid scheme popularity contest. If people are into that and think they can out-game their cohort, sure, have at it. But as an investment?... nah. As great vision for blockchain use? ... nah. Do they have a team and a product - yes.

I'm also somewhat worried about future gamification of ICOs - are we just teaching our kids to become gamblers at an early age? Give them some ETH as their allowance and let them have at it and game their life away hoping to win big.

Working on app's design with a designer to create millennial-like app.

Find a partner from the USA and setting up a base in the USA. Start working on soft launch phase. Preparing Android version.

Strengthen the relationships and connections with American partners. Moving to the USA to do the ground work. Start working on beta Android version. Working on soft launch phase.

Officially launch the app. Working extensively on the marketing plan and on app's stability and security. Building the user base. Planning in-app-purchases and implementation of MimiCoin.

Keep working on the app and on the marketing. Introducing and educating users about MimiCoin. Implementing and launch the usage of MimiCoin.