The Mainframe network is the messaging layer for the new web. This goes beyond human-to-human messaging. There are many use-cases and applications for reliably, privately, and securely routing data packets through the Mainframe peer-to-peer network. Mainframe is resistant to censorship, surveillance, and disruption. With the exception of a catastrophic asteroid event or an aggressive alien invasion, the Mainframe network is simply unstoppable. We build with five fundamental principles as our guide. 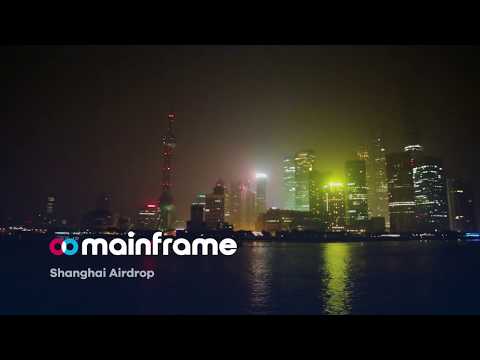 Your Content Can't Be Opened
All communication on the Mainframe protocol will utilize the most reliable standards in end-to-end encryption. No outside party, whether government, corporate, or rogue hacker, will have access to your messages or media.
Each Mainframe node has an asymmetric key pair associated with it. These keys are used to decrypt messages intended for this node. When one node wishes to send a message to another, it encrypts the message using the public key of the intended recipient node. This public key is obtained from a prior exchange of contact information that occurs out-of-band, such as by consulting a directory of contacts, or from a direct exchange of public keys between individuals. Packet encryption is part of Mainframe's transport protocols and cannot be circumvented.

When a message is being shared in a group setting, it must be encrypted in a way that prevents would-be eavesdroppers from gleaning content or identifying the group participants. Although it is possible for the sender to encrypt the message separately for each recipient, this results in significant CPU and network loads as the number of participants in the group increases. Mainframe provides protocols for group shared key negotiation so that group participants can send encrypted messages more efficiently to one another.

The idea of encryption in communication is good. Team looks strong would give higher rating if they were kyc complete by ico bench . Will be interested to see how the airdrop holds up when .

A bizarre way to do an ICO - physical airdrops and artistic expressions. Not sure that will catch on as a new trend.

I really like the strategy they used to raise community. It consisted of a lovely post contest (including poets, paintings, illustrations, videos, etc.), meetups with prizes, and donations to non-profit organizations!

In the end, we all saw its success when it hit the exchanges. Really wonderful!

Keep up the good work guys...