Organizations are customized, deployed and hosted within Lynx. Users are presented with an infinite spectrum of possibilities for optimizing their company. 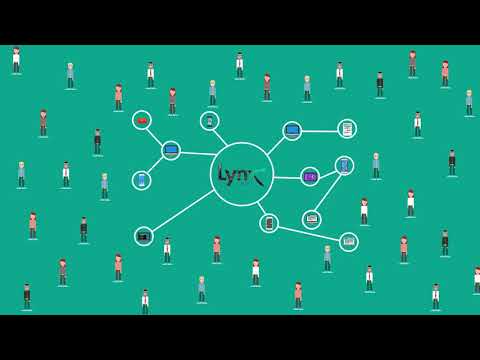 Implementation of any feature including those powered by blockchains on a system wide or personal basis removing limitationsof traditional de facto interfaces.

The Academy serves as grounds for discussions and as a library. It cannot be censored by outside influence and is free to use for anyone.
Governance of the network is controlled by users globally, with an option to accept changes granting freedom of choice. The protocol can only be influenced by LNT holders.

Networking capabilities are exponentially increased by allowing exploration & interaction with platforms outside of Lynx. a permanent web is constructed allowing users to view sites without risk of their personal data being harvested and sold to third parties.
Commerce is facilitated within the network via Marketplace & in house escrow system. Individuals & organizations may conduct business with minimal fees or restrictions.

Capital that is generated from Marketplace fees is controlled solely by LNT holders & is used to power the network for the benefit of the community.

Lynx Network Tokens act as the backbone of the network and are involved in every action taken throughout the system.

This project need to be updated, i will be happy to do another review once all informations requiered to understand the ICO will be here.
- KYC for the team
- All financial datas
- LInk to social networks
- Whitepaper
- MVP
A project like this seems dead, feel free to contact me once updated.

Lynx first conceptualized with the idea of linking existing networks using a cross platform system and exercising full control with a self governing protocol hosted on a Blockchain.
Whitepaper drafted.

Complete testing and release Beta of organization and networking mainframe.

Finalize entire customizable governing parameters and all organizational functionalities.
Conclude development of the Marketplace, fully integrate into mainnet system and release it to the public.

Conclude final testing of the Academy, integrate into mainnet system and release it to the public once gas flow is sustainable.
Complete development of the final version of the cross network A.I. and release it to the organization mainframe granting external connections and maneuverability.

Once matured, transfer the total power of the global governance protocol over to every individual and member organization achieving complete autonomy.