Ludos Protocol is a purpose-built blockchain infrastructure project for the gaming community. As only the third blockchain project to be backed by Japanese investment giant Softbank, Ludos addresses numerous shortcomings in the existing gaming landscape. Its main chain + multi-sidechain architecture allows games to run entirely on their own blockchain, preventing scalability issues that have plagued previous blockchain-based games. Additionally, the Protocol seeks to create a gamer-friendly ecosystem whereby game developers and gamers can come together to easily crowdfund and build on the platform. The use of non-fungible tokens (NFT’s) within the ecosystem will allow gamers to swap assets in one game for assets in another. Finally, through their partnership with FullPay Japan, Ludos will give gamers the chance to use LUD tokens that are earned in-game to shop and buy at a range of retail stores in Japan and later the world. 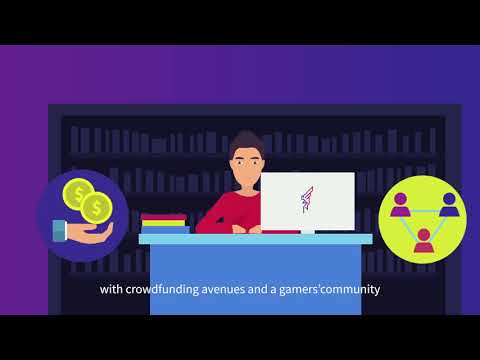 The Ludos Protocol is a decentralized solution for game ecosystem. The protocol is mainly composed of three parts: Main chain + multi-sidechain infrastructure The Ludos main chain uses PoW+PoS as its consensus mechanism, and implements a Plasmalike multi-sidechain system to improve scalability. Games with many thousands of users can perform many complex operations on their own sidechain, with only minimal interaction with the Ludos main chain; Toolbox for game developers The toolbox contains: an abstract blockchain interface, game assets issuing/operation tool, a BaaS service for maintaining game sidechains, data persistence tool, fair pseudorandom number generator, etc.. DApps and incentivized game ecosystem The ecosystem includes: a decentralized game assets exchange, a game assets management wallet, a decentralized game distribution platform, a fair ranking and achievement system, a game DAICO and investment protocol and incentive rule
sets for all participants.

Currently, the application of blockchain technology in the game industry faces multiple problems such as public blockchains’ severe lack of throughput capacity, over-occupation of resources caused by executing smart contracts, the complete traffic jam caused by a single popular dApp, difficulties for developers, and the incomplete divergence and convergence of the business environment. Fortunately, Ludos chooses to not apply these new but immature technologies blindly, but to adopt technology that has been proven to be successful and to integrate matured technology from the opensource community into the current game industry. Ludos recognizes the technical limitations of current blockchains,and will balance the decentralization and efficiency the blockchain. Ludos will disclose core codes to developers to establish a trustless and efficient game ecosystem.

Ludos utilizes smart contract to manage game sidechain, realize incentive system, and fulfill digital assets and in-game currency operations. In addition, Ludos, because of blockchain technology being transparent and inalterable, can achieve the identification and tracking of digital assets and copyrights, and record players’ achievement, rank and game performance across multiple platforms for lifelong.

Ludos will use blockchain technology and token economy to reform the game industry, enhance the flow of resources between upstream and downstream industries, provide game players with a more transparent gaming environment, and bring more customer flow and new opportunities to developers.

It's funny because they ask for kyc to their investors, but they not pass the kyc or verify the team accounts.
When they do it, I'll edit my review.