The Decentralized Platform for Gamers

We created Lotus Core as the decentralized platform for players, developers and investors built on top of Ethereum. In Lotus Core, players will be able to trade games with friends, developers will earn 100% of the revenue derived from selling their digital assets, and investors will be able to fund game projects. All within the same platform. The blockchain gives us the oportunity to create unique digital assets that can be used like physical cartridges or CDs, allowing us to lend or exchange your game with a friend in a secure transaction that also invalidates the posibility of multiple copies running at same time or uncontrolled distribution. 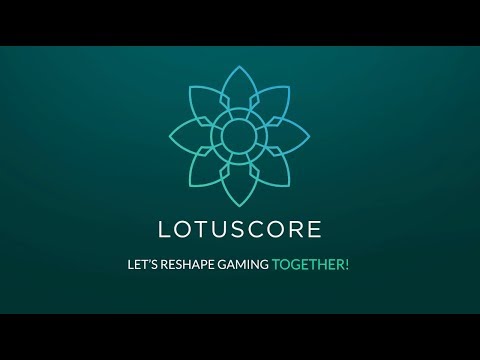 Currently there are several solutions for game distribution, and new solutions continue to emerge whenever they improve the ability for developers to obtain greater profits. On the other hand are the DRM systems, abhorred by most of the public. Some of the concerns regarding DRM is that they limit the enjoyment of the games by forcing the user to be online to play and also limiting the ownership of the games, since they prevent the user from selling it or lending it.

Lotus gives players the possibility to get real control over your games with a fair DRM system, benefiting both the user and the developer, while also creating a new space for game developers to get founding for your project. This creates a new market of oportunities for game developers and a convenient place to trade for gamers.

Reinhard Berger
CEO Pecunio Blockchain Technologies
Rated on Mar 17, 2018
3
3
3
5%
This rating's weight is reduced by 50% as there is no review added.

Private Alpha in the testnet.

Public Beta version in the mainet.