The Future of Education

The team behind the LOL project already owns and runs international kindergartens, primary and second schools (www.wells.ac.th) , a business school (www.bsm.ac.th) for the past 20+ years, as well as a French Government recognized and internationally accredited university (www.eiu.ac) to their fascinating portfolio. LOLTOKEN has successfully completed its private sale with $ 3 Million in total funds raised so far from private investors LOL ecosystem will empower everyone to gain world class education using blockchain technology with our immense experience & launch of MOOC++ with its Decentralized DIGITAL LEARNING MATERIALS marketplace for testing & certifications from European International University integrated with Digital Fingerprint Personality Testing. The certifications on our blockchain ecosystem will be provided by European International University www.eiu.ac Our MVP can be viewed at www.learnonline.ac 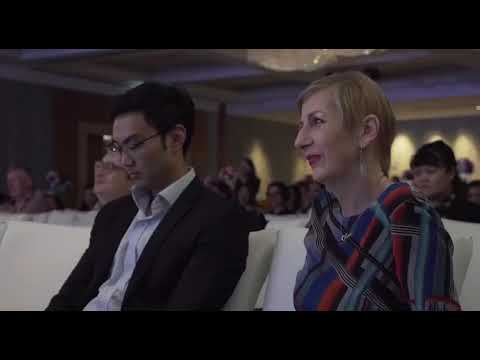 You need to hear this!

The team behind the LOL project already owns and runs international kindergartens, primary and second schools (www.wells.ac.th) A business school (www.bsm.ac.th) for the past 20+ years, as well as most recently, added a French Government recognized and internationally accredited university (www.eiu.ac) to their already fascinating portfolio.

The company has been offered to go public on traditional stock market to raise funds to further expand its operations in countries like Myanmar, Guinea (West Africa) and the like. However, being one of the most progressive thinking organizations, the team has instead decided to go public on the blockchain (decentralized) space to allow for the wider participation of the masses, not the classes, in the further growth and development of the company and all of its business divisions .

The LOL concept was borne out of two main reasons:

1. To address the utter failures of about 81 education-blockchain ICOs (projects) during the 2017 hype, that disappeared into thin air even before delivering on their promised outcomes. The  LOL project is a direct response to fact that indeed blockchain has a lot of industry- changing applications for education - and that blockchain technology has REAL potential to solving some of the REAL problems that have existed in education for decades, with massive scalability and sustainability features. In other words, some of the problems that exist in education could only be practically and consistently overcome using the blockchain technology. The LOL project embraces and celebrates the beauty of the blockchain technology to solving some of the urgent crises faced in education such as affordability, transferability, and verifiability to establish and run more robust, honest and immutably secure education ecosystem.

2. To empower the masses (wider participation) of the general public to become part of the initiative to innovate education. The LOL project is aimed at the masses, NOT the classes. The team realizes that if they went on the IPO pathway, only large institutions would  partake in the innovation of one of the fastest growing industries in the entire world. Traditionally, this is what most companies desire. However the progressiveness of the LOL project drove the LOL team to leverage on the power of the people, i.e., the power of the masses - to actively partake in the effort to remedy and fix the already failing education system. For example, graduates don’t deserve to be heavily burdened with student loans when in fact universities make huge amounts of money for delivering tertiary education. This has to stop - and its only through the LOL project could such a debilitating plaque be STOPPED, in the most practical sense of the word STOPPED ! Through the most innovative integration of blockchain - the LOL team intends to offer, for example, an entire nationally recognized and internationally accredited MBA programme and qualification at a mind-blowing total fee of ONLY US$500 - yes ! This is the total costs for our entire MBA programme and qualification ! So one does not need to get a loan or get into huge debts to pursue his / her tertiary education - he / she could do it independently (empowerment of individuals) - and start earning many folds income as a result of being professionally upgraded with advanced qualifications and skills / competencies needed by the job market. In fact, LOL will indeed be the world’s most AFFORDABLE (private) education provider, EVER ! Others may copy our innovative business model later on, but it doesn’t matter, because our ultimate goal is to MAKE AFFORDABLE, TRUSTWORTHY, GLOBALLY ACCEPTED EDUCATION available and accessible for the MASSES ! This is why we want the masses to come join us to make the positive changes needed for the masses!

So, clearly, we had a choice - “Walls Street vs.Cryptos

Main Street” in our efforts to raise funds for further development and growth, as well as innovating REAL change in the already broken education system - and WE AT LOL PROJECT, choose the MAIN STREET - we chose the STO route rather than the IPO route because of reasons explained above !

We urge you to come, and be part of this exciting new movement to changing the face of education and how it is executed ! You can play an active role in making this change, by becoming a part of this life-changing innovation - come be part of the LOL Project!

Some red flags, true, but it's a long way from token sale to implementing your roadmap. Build a community around your vision and let's see what comes up. Mass adoption is the key to any ICO's success.

DIRECTOR OF OPERATIONS AND GENERAL AFFAIRS

Wells International School - Thong Lor Campus (Sukhumvit 51) was opened for Grades 1to 5 students, and expanding to Grade 6 in the following year.

Construction began on a secondary school about 5 km down Sukhumvit Road, and in 2006, the Wells Int School, On Nut Campus (Sukhumvit 85) was opened to Grades 1-12.

Wells International School’s first ever senior class, graduate in June of 2010 and move on to prestigious universities in the United States, Europe, Asia, and Australia.

Token planning inception and discussions for finding problem to the current
education system by utilising blockchain technologies for the benefit to global society in education.

The First phase is the beginning of the Lolcoin. Preparation of timelines for learn online project, The first working products, valuable partnerships, an immense growth of the team and the further development of Lolcoin takes place. After the initial fundraiser partnerships with various institutions such as e-learning platforms, schools, universities/ professors ae made. Ecosystem planning with technologists about the development and integration of services such as storing confidential data like degrees, certificates and personal skills. As this is the very beginning of Lolcoin we were open to changes and open to adapt to the ever-changing surroundings.

Bringing Lolcoin to a wider audience outside of the Blockchain community by strengthening our partnerships. Go-live free public service planned to be built on smart contracts. Building partnerships with educational Institution, schools and universities all around the globe and signing MoUs. We saw the first use cases in real life. Lolcoin real MVPs at schools and universities. Lol whitepaper V 1.0 released for private investors and Venture Capitalists,
Webinars and conventions held in Paris, Bangkok & Hongkong

Expanding Lolcoin and its education technologies to more ecosystems and smart governance solutions besides Ethereum. Building up team & infrastructure to meet customer service. Lolcoin on hardware devices. Planning token production & token economics with senior economists and consultants to fund the development of learn on line ecosystem. Conducted technical Analysis of use of proceeds post and during ico, Development of Lol Token smart contract using Ethereum blockchain gets go ahead. Develop beta smart contract library. $1 million funding secured by VC’s bringing in confidence among the key community. Private sale and ICO stages planned during this period. Launch of loleiu.io

Private sale starts followed by presale with offers during early period and continued by ICO stage 1 and main ico.

ICO concludes with acceptance of LOLTOKEN on major exchanges only. Product development based on use cases to start. loltoken MVPs and funds allocation according to the planned stages to be allocated for the development of platform. Prepare strategic partners for early adoption. Direct communication system and Creation of APi for easy use
of the system. Complete tests for the platform. Alpha testing of MVP

Beta testing of the platform, rolling out beta to more partners. Big Data analytics and further improvements in technology to be adopted. Digital fingerprint scanning of candidates acceptance for personality profiling to be certified.

Full version of platform planned to be launched in Paris, Improvements in reporting and allocation. Train AI to recognise patterns in individual education and course testing. Continuous Improvement and development.