LIKER WORLD is a block-chain-based educational content platform. This is accompanied by a donation policy related to educational projects. Innovation in future education through technology is oriented towards a better society and humanity. Based on the idea that all corporate activities should pursue social values, LIKER has 3 main aspects: TRUST, REWARD, and DONATION. 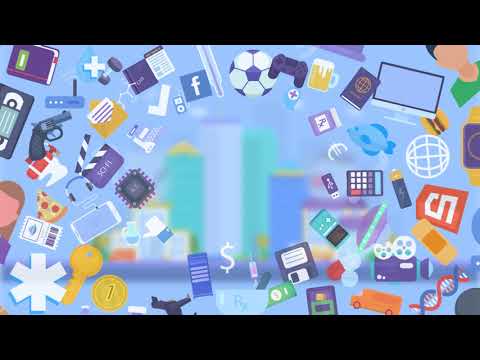 LIKER WORLD contributes to giving the present of the future to young students around the world.

LIKER WORLD makes the following contributions to students in countries that are not self-reliant:

LIKER WORLD has this sense of mission, and the Pilot project is supported by DPI, ECOSOC Human in Love. We will work with organizations to grow into a blockchain corporation that contributes to human well-being

LIKER WORLD has completed development of Main-net for education and is building blockchain-based service platform.

Through Main-net, LIKER WORLD's education, is the fourth generation Main-net that goes beyond Ethereum and EOS and reaches a speed of 300,000 / sec that was approved by Korea Agency for Technology and Standards - Korea Laboratory Accreditation Scheme (KOLAS).

Through Main-net, LIKER WORLD's education, it is possible to issue tokens through LIKER Main-net immediately if educational companies around the world desire DAPP service in the near future.

LIKER WORLD's development team consists of Cyworld's founding team, known as Facebook's originator, under the direction of Jim Kwak (Kwak Jin Young), who has been evaluated overtaking Vitalik Buterin in the media.

The CEO of LIKER WORLD is a doctorate degree holder from the University of Tokyo.

The Co-founder of LIKER WORLD is a professor of blockchain business school in Korea and made Master and Doctoral degrees in blockchain.

The project of LIKER WORLD is jointly organized by various companies, especially the blockchain research center of Sungkyunkwan University in Korea and several universities.

"LIKER WORLD is a block-chain-based educational content platform. This is accompanied by a donation policy related to educational projects."

This description is not clearly written. What exactly do you offer?

Fantastic team. Only one problem - not international, but idea and product is very good and I know that big success in Korea.
I wish you good luck and hope see your product in an international market too.

White paper - The white paper is based on education market. The project is well thought out with a strong and fruitful idea. The specifics provided is enough for making an investment decision.

Team - The core team is quite experienced along with a strong advisory board. The only issue is a strong regional bias.

Tokenomics - The token and funds deployment are within reasonable limits. The lack of specifics is a worry - Like they have failed to mention the quantity in pre-sale and ICO phase. Future plans for exchange listing is also lacking.

Business Model - The business model is quite clear. The future plan and partnerships are mentioned but needs further details.

The project needs a lot of effort to work and might be a success in the Eastern and South Eastern Asian region but global presence can be quite difficult to achieve.

You can maximize the potential of this product by using the best marketing team for spreading your vision. Mass adoption is the key to success, everything else is preparatory to the work ahead. Best Wishes.

The team is ok. The advisory team is not enough convincing.
The vision is interesting. The charity idea is good.
But the white paper is only a huge promise.
The product is misty.

The active development of the platform
Educational project includes platform