LevelApp is designed to remove barriers on the way of cryptocurrency adoption. In the Theory of Diffusion of Innovations, the project is a driver of the transition from Early adopters to the Early majority stage. LevelApp will allow for the instant exchange of crypto assets to Apple Pay Cash and consequent payment with NFC at any sales point equipped with the payment terminal. 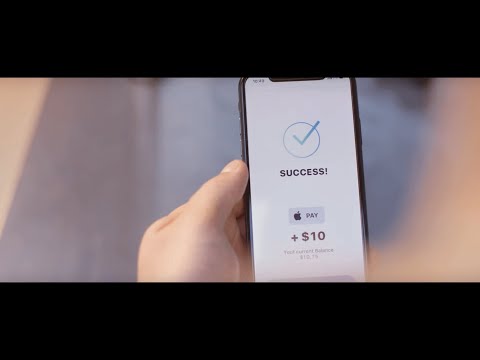 A new kind of assets - digital currencies and tokens are increasingly entering our life. There are few people left who have not heard about cryptocurrencies. According to the researches, 74% of people aware of cryptocurrencies. However, awareness does not mean "engagement":
only 10% said they ever owned cryptocurrencies.

Soon we will witness a big shift in adoption of this technology. Awareness will turn into engagement, the institutional investors will arrive, Exchange Traded Funds will be established. The ground for it is already prepared: CME2 and CBOE3 have recently launched bitcoin futures trading. In addition, processes of "nationalization" of crypto-currencies are already being launched, news about initiatives to launch the state-run crypt currency or ICO are coming from all around the world, from Venezuela to Estonia.

According to the theory of diffusion of innovations, each technology or product goes through the following stages of development: Innovators stage. The time of geeks, who do not care about the appearance of the product, the main thing for them is that the product solves their problem. Early adopters. It's you and us, those who came after geeks and are not averse to trying something new. Early majority & late majority. The majority of consumers. They are not ready to forgive errors in the design and wait for the transaction to be confirmed 6 times.  Laggards. These are the guys who will use the cryptocurrency only when there are no other options left.

LevelApp is designed to remove barriers on the way of cryptocurrency adoption. In the Theory of diffusion of innovations, we are the driver of the transition from Early adopters to the Early majority stage.

Let's make crypto payments as easy as 1-2-3 together!

We’ve been working on the helping people exchanges values since Oct 2016. It all started in the Telegram chat. We were helping to deposit funds to the cryptocurrency exchanges for lower fees. Then we launched levelapp.online exchange.

We believe that the cryptocurrency real adoption requires them to be mean of payment. That’s why we’ve started to make first tests exchanging crypto to Apple Pay Cash and vice versa.

LevelApp is the first implementation of our ideas and will allow using some of the features.

We are conducting the token sale to boost development and to create community around LevelApp. LVL tokens allow to pay lower fees and to participate in the liquidity fund.

We are going to apply for bank licenses in order to unlock possibilities of fiat world.

Since we have working service and a decent user base, it will be possible to list on top-tier exchanges.