L-Pesa is a financial technology platform providing new financial tools to consumers and small business in Africa and Asia. We allow people to create opportunities for themselves and their families. Borrowers on the L-Pesa platform use funds to start or grow a business, pay for education or otherwise support their ambition in life. Using a dedicated token on the blockchain means that all investors can benefit from the capital gain caused by the network effect. The coins are finite in supply, and as L-Pesa expands people can pay back their loans with the coins. People will also be able to use to LPK buy goods and services. 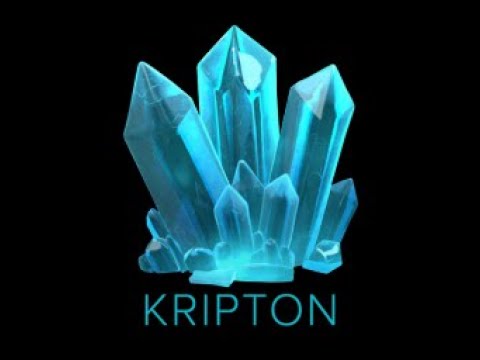 L-Pesa Microfinance is a fintech startup poised to take advantage of the fast-growing need for financial services in the developing world. The company has validated its operating model over the past 24 months and has built sophisticated technology, automating most of the operation. Its primary barrier to growth at this point is its ability to fund user acquisition and loans. The loss ratio on loans runs below 10% while return on loans is approximately 25%.

The idea for L-Pesa was incubated for a decade, and the business was launched at the time four important market forces converged to allow scaling:

L-Pesa has harnessed these market forces and built technology and a proprietary credit scoring model that allows it to quickly scale microlending in developing countries while keeping loss ratios below 10%. The solution is highly automated, allowing a small back office team to support high volume loan origination. All loans are serviced by L-Pesa.

Ron Ezra Tuval, the founder and managing director of L-Pesa, has extensive experience in the developing world, primarily concerning technologies-related agriculture and tourism projects. Ron first came across microfinance in South East Asia and spent a decade incubating the idea of L-Pesa while waiting for the required technology to mature. Ron has built a strong and diverse team for L-Pesa with in-country managers operating in Tanzania, Kenya, and Uganda, and a development team in India. There is also a back office team in Tanzania, Kenya, and Uganda handling background checks, credit approvals, and customer service. The technology, marketing, and accounting teams operate on a virtual model and consist of experienced staff based in Europe, USA, Africa, and India.

L-Pesa has a strong focus on automation. 95% of the user acquisition and loan underwriting process is automated and therefore extremely scalable. The company has spent two years developing its customer-facing and back office systems using a team of seven software developers. The user experience is based on mobile and web interfaces, and marketing is primarily accomplished via social media and SMS.

L-Pesa’s technology stack is built on top of Amazon Web Services, an extremely scalable on-demand cloud computing platform which has been or is used by major brands such as Netflix, Airbnb, Pinterest, and Spotify. L-Pesa has integrated a number of third party applications to perform tasks such as SMS messaging, user verification, and marketing. Funds transfers are handled via integrations with mobile money service providers such as M-Pesa, Airtel Money, Tigo Pesa, and MTN.

L-Pesa has issued over 38,000 loans since going live in March 2016. Over 170,000 users have registered based on social marketing campaigns run on a minimal budget. The marketing strategy has been refined over the past 24 months, and L-Pesa is now prepared to launch marketing campaigns via SMS and social media with a conservatively projected customer acquisition cost of $1.00.

The founder of L-Pesa, has invested approximately $500,000 to date. The business was launched in Tanzania in 2016 and in Kenya in August 2017. Soft launches are underway in Uganda and India. The company’s technology is stable, scalable, proven, and will support the company’s growth plans. At this point, L-Pesa has hit a growth barrier—there is not enough capital available to lend to everyone interested, and the potential for user acquisition is almost unlimited but requires capital for marketing expenses and support staff. The company is now raising funds to take advantage of its leading position, strong platform, and nearly unlimited opportunity to extend financial options to a large portion of the earth’s population.

The team rating is reflective of using a benchmark of having experience with internationally recognized companies. The vision of wanting to help out is a noble one. I am more inclined to support ICOs that are looking to liberate people in need through grants as opposed to tying them down with loans. What is troublesome to me is that no where in the plan did it mention anything about the interest rate range that the borrowers would be charged. With concerns of exploitation with payday lending companies this is a glaring omission in my view. When the whitepaper is updated to reflect this information I will reevaluate the rating for the product and possibly the vision.

Andrew LangatICO team member replied on 19 Feb 2018
Conston, we agree that the idea of liberating people in need through grants as opposed to tying them down with grants is a great idea. However, this is what has been done over the past 50+ years in Africa to a large extent: As we all know, this approach has been an abysmal failure. The problem is human nature: when you give away something for free, the dark side of human nature comes out. You see corruption instead of development. In our whitepaper, we go into extensive detail to show how the economic development of Western Europe and the U.S. has been many multiples higher than Africa, and that this was not through grants, but rather through strategic investments including empowering the underprivileged.
On interest rates, our business website, www.l-pesa.com has extensive information on interest rates and repayment cycles (very flexible). In as much as we are a profit-driven company, the need for Profits doesn’t override the fact that we are dealing with people; often in dire need of money. We have a repayment rate of over 90%. If we could be tying people in debt, this figure would definitely be lower. Finally, we are not a payday loan company. Thank you

I have to support this one - as I was on the Humaniq ICO (Interim CMO) in late 2016 and spent time in Nairobi. They have connected the dots well. Biometric is key. Team looks good. Personal investment of half a million by founder is admirable. Great video. Great collection of papers - from one pagers to Whitepapers. Token distribution is fair. Mpesa in collaboration with banks were charging 6 percent per month on loans at one point. Crooks! You do need to make public your interest rates however. I will give a 5 on product if you do.

Ron Ezra TuvalICO team member replied on 18 Feb 2018
Richard, the exact interest rates are not shown in the whitepaper for several reasons. The primary reason is that we do not want to disclose our complex algorithms upon which our success is based. We have achieved a loss ratio below 10% on over 30,000 loans, and we have done this in countries where traditional credit scoring is not available. We have built a proprietary credit scoring model (constantly updated based on experience) which assigns a risk score to each loan. The interest rate is based on the amount of the loan and the credit score of the user. The interest rate is higher based on the credit score. Unlike traditional credit scoring in developed economies, L-Pesa users have the ability to improve their credit score. This is done by re-paying loans and then taking out additional loans of a larger amount. It’s a trust-based model.
If you go to www.l-pesa.com, you can use our loan calculator on the left hand side of the screen to view interest rates in various scenarios. You can also switch country to see how the numbers differ in different countries.
Please note that loans can be paid early without a pre-payment penalty, which allows users to reduce the amount they pay in interest.

L-pesa Microfinance was launched in January 2014. The idea was finally was finally put into practice.

The company operates as "L-pesa Loans and credit limited.

The company operates as "L-pesa Microfinance".