KingSlayer is a mobile MMORPG based on ETH blockchain. Mining inside the game, consisting of battles based on smart contracts together with well-thought plot will attract hundreds millions of users. 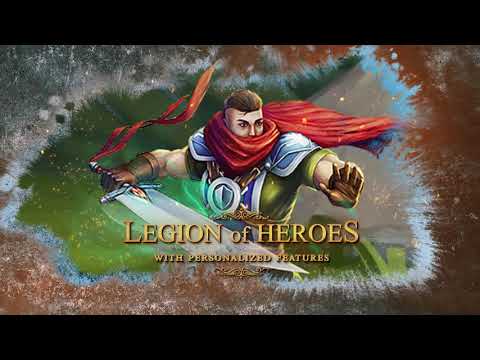 The gaming industry, from its inception, is the engine of progress. Thanks to the games, both the technical characteristics of the devices and the psychological perception of new technologies have constantly increased. KingSlayer is a pioneer in creating services for a wide range of users. This is the world's first mobile MMRPG game, allowing to gradually immerse gamers in the world of the future. Mining in the game, battles tied to smart contracts and other economic incentives will clearly show the interrelationships between people in the blockchain economy. In KingSlayer you do not only pay, you make money by simply playing.

Interesting project. I like the idea of a MMORPG on blockchain. Personally, am a gamer myself, I know the market is big. Strong advisors on board like Vladimir Nikitin and Jason Hung. There is also already a beta version ready and token is being traded already.

String team of advisors! Adding mobile gaming to the ethereum blockchain with mining inside the game is a challenging but doable task for the right team . This I’ll hopefully build a massive following and attract users from both the gaming and crypto community ! Now I’m being told advisors s listed are not advisers ? They have contacted advosr and resolved issues

At first:
The theme of games and economics in it is close to me, and I'm glad that the blockchain economy is starting to be built into mmorpg games
Second:
- They already on exchange
- They have beta version of game
- They have strong advisers
Third:
In Asia region people crazy about gambling and games, and i think this games will be successful

Pre-sale bonus up to 75%. Plus we have an additional system of bonuses for gamers and token buyers by the payment amount.

The Origin Of The Idea Of The King Slayer Blockchain Game. Concept Development. Selection Of The Project

Marketing Team Creation, Development Of The Marketing Strategy For The Sale Of Tokens For The Further Implementation Of The Project

Release Of The Beta Version Of The King Slayer Game

Changing The Team Of Promotion The Project

Listing Of KGS On The Trading Platform Exrates To Conduct Crowdsale

The Main Sales Of KGS Tokens

Development Of Mobile And Web-Version Of A Wallet For KGS Storage. Detection And Correction Of Bugs In King Slayer. Creation Of API For Connection Of Mining Options In The Game

Launch Of The Beta Version Of The Virtual Game Platform

Start Of Negotiations With Third-Party Gaming Applications To Integrate KGS