We are building an international ecosystem for the driven of development and production of AI & robotics. It consists of own and partners R&D laboratories, technoparks, factories and an Online platform that will bring together developers, investors, and customers from around the world. 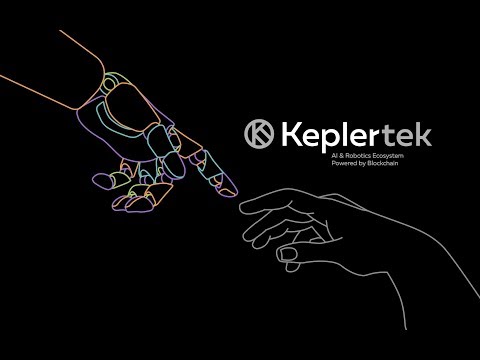 We live in era that is increasingly being influenced by technological advancements. Their roles and importance in our daily lives have become increasingly more meaningful and in many cases, inseparable. And so has the increased influences of those corporations controlling the largest market share. This influences has limited the overall community participation in the development of technological solution, relegating them to the role of mere customer, while the profit and the wealth is divided among the corporations only.

The main goal of Kepler’s management, besides the production of valuable Robotics and AI solutions, is the creation of a decentralized wealth distribution system through the technological breakthrough that will shape the future of humanity, robotics. Imagine if the creators of the internet had decided to share its wealth creation mechanism with the world instead of leaving it in the hands of corporate organizations who are only concentrated on accumulating personal wealth. Imagine if the internet had been like the blockchain, decentralized and distributed, users would have been benefiting from their own data.

Foreseeing such an eventuality based on current trends, the management team behind Kepler is creating a fair market economy that will distribute profit evenly to users. Kepler is based on the highest level of transparency, accountability, and corporate responsibility. Management team will regularly provide (at the very least) detailed biannual reports about the company’s status and projects.

Kepler solves one of the main challenges of plaguing humanity – technological revolution. Backed by a technical sound team comprising of leading scientific minds, Kepler will produce ultramodern technologies, facilitate easy access to them, and create a platform for the development of scientific and technical breakthroughs for the future.

We understand that it is one thing to come up with a revolutionary idea and another to implement it. This is why we have involved the expertise of leading managers, informational technologists, robotics luminaries, accounting mavericks, legal authorities and blockchain specialists.

The project looks strange and not so much blockchain engaged. There was a good fundraising team here but now I see a lot of complaints and exit scam accusations

Another strong commercial project with a good team and product to boot. Seems to be an important project to bridge blockchain to a significant use case, although the music of terminator salvation seems to be the soundtrack when I read this. Cough *skynet* Cough.

I think is good ico.

AI is a growing industry. I look forward to watching the development of this project. Good luck Kepler!

A great team in place and a great idea they can take forward. AI and Robotics is a great match with Blockchain. Look forward to seeing the results from this project.

Impressive, can't wait to see its progress - vision and project-wise.

I have a robotics and automation background, and even with that this project was 'wayyy out there', Hotels run 100% by robots is to be honest a little bit unnerving. However for vision, and forward thinking I have to tip my hat off and commend the direction that the team is going in. I personally want at least 1 person working in any hotel that I stay in but I don't mind 100% automated hotel being in the universe. The possibilities with the technology is limitless.

I have come to like projects out fo Georgia where there is a good depth of skills and a business environment that is favourable for success with good tax incentives . I like the team here and the niche they have , I hope that being Georgian does not impact their ability to raise funds

This project is a big yet ambitious one. However, the concept is interesting with a solid and diversified team.

MVP is great too. I think this is a good ICO and it will be a great success if it is implemented properly with set goals and strategies.

Great idea and a team!

Bobby (Borislav) Iliev
ICO Expert & Advisor | Business Development Consultant | Marketing Strategist
Rated on Apr 21, 2018
5
5
5
2%
This rating's weight is reduced by 50% as there is no review added.

Strong potential and good project - look forward to seeing this come to fruition and waiting for a strong product with market adoption - Needs a substantial and real utility.

Great team and brilliant idea. I love the fact that wealth distribution is addressed. There's no reason why humans should live in abject poverty - and there's a billion people living on less than $2.50 a day in the world. First steps to Universal Basic Income (UBI)? I hope so. Good stuff folks. I like it.

Vision: AI is the future, very big expectations, if they can implement their ideas correctly, this will be huge success.

Product: There is a lot of competition in this industry. Although this looks like one of the best projects, it still has to really differ from others.

Disclaimer: This is not an official investment advice or a recommendation to invest in this ICO. Investors must perform their own due diligence and not rely on ratings to make their final investment decisions. Investing in ICOs has it risks and 100% loss of capital is possible.

The main project is built around creating an infrastructure supporting the AI & Robotics. The project will require lot many approvals from the government agencies and the team is actively engaging in same. This project is unique and different from other blockchain start-ups, which focuses mainly on creating the IT solution. The project will take time to come to a state where investors will acknowledge it and with a MVP.

Suraj Tiwari
ICO ADVISOR CONSULTING EXCHANGES Listing SMART CONTRACT TOKEN CODE
Rated on Apr 17, 2018
5
5
4
1%
This rating's weight is reduced by 50% as there is no review added.

This project has all the right buzzwords: "robotics," "AI," and "blockchain." But all it really proposes is a "marketplace platform for investing in robotics and high-tech." Why create an investment marketplace limited to those technologies? And why use blockchain? The answer isn't clear at all.

If the team had members with a background in either robotics or AI and could justify why you need a specialized marketplace built on the blockchain just for that purpose, it might be more compelling. I suggest they build up their team in that regard.

I also don't understand why they are building on Ethereum. Most serious projects are now opting for alternative blockchain networks that can scale. Ethereum will likely get there in the future, but it is not there now.

Finally, according to the whitepaper, "Kepler will enable its token holders to own electronic shares of
the company and be entitled to dividends." If that's not a security token then I don't know what is. As a result, they are going to have a very hard time getting their token listed on any major exchanges.

I think this project has potential, but the founders need to address some of the serious issues before it deserves a second look.

I don't how this project were able to get such a high score but I think it is sooo much overrated!

"AI" is the word every FOMO project uses these days.

I think these guys are using blockchain to raise money and nothing else. Also, raising $62.5m is quite a lot!

Strong platform and strong team. What I like best is it looks operationally sustainable. Of course, any business can fail but this one looks like it will hit the mark. Robotics plus Blockchain - solid innovation. This

Reinhard Berger
CEO Pecunio Blockchain Technologies
Rated on Apr 16, 2018
5
5
5
0%
This rating's weight is reduced by 50% as there is no review added.

Acquiring the 550 000 square meters of land to build Kepler Complex from the Government for 1$.

Approval of design and construction of the lab and Mega-factory by relevant authorities.

Full and comprehensive market research to determine what type of robotics and AI solution to be produced in the initial phase; (the first phase of the research has been done and we have whole list of Robots/Drones ready to be produced).

Preparing technological designs; including the selection and preparation of machineries.