Anyone Can Write Smart Contracts

iOlite is an open-source, blockchain and machine learning platform, that will allow anyone to write smart contracts, using any language, natural or programming. The platform is developed with the purpose of bringing more mainstream users, commercial and non-commercial, to start using blockchain technology. iOlite tokens will be used to compensate contributors in the iOlite network that help with the machine-learning process: each text parsing suggestion that is accepted by the iOlite Fast Adaptation Engine (FAE), will be compensated with iLT tokens. In addition, authors will be able to share their smart contracts with other iOlite ecosystem members, for fees in iLT tokens. 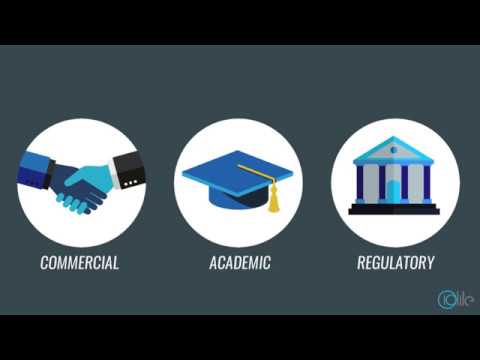 iOlite — Create Smart Contracts With Natural Language
iOlite is a product which focuses on the mass adoption of smart contract technology by providing an easy to use engine which is capable of understanding natural language to be compiled to smart contract code. iOlite is the ideal solution if you don’t want to spend time learning, instead just start creating smart contracts.

iOlite relies on the community to make the FAE successful. The FAE helps them by applying Machine Training techniques to help it learn and adopt new structures more easily.

iOlite Labs is currently focusing on Ethereum smart contracts with Solidity as there is a massive need.

What this means is that not only can programmers (in formal languages such as Python, C, JavaScript, etc.) immediately use their existing skills to write smart contracts, but also average people with no programming knowledge whatsoever, can just as easily start developing with natural languages like English. iOlite is dissolving the existing technical learning boundaries for creating smart contracts.

The problem of an accurate understanding of written speech is complex and has not yet been resolved qualitatively. Now it's just a balance of errors of the 1st and 2nd kind, when some of the errors are missed, and some text is recognized as an error, although there is no error there. This is acceptable for machine translation, but when it comes to payments, the price of the error can be very high, especially because the system will intentionally be attacked by those who know that it may make mistake and who will provoke these errors.

It can not be said that the approach was unique. Now there is, for example, ByteBall.org, inside of which you can write simple smart contracts directly in English.

This system can work, but this must be carefully treated with scrupulous attention to all risks and to the real needs of users. After reading the fantastically academic written whitepaper, I did not see this approach.

Alfred ShaffirICO team member replied on 15 Mar 2018
It is community driven grammar interactive learning
This actually is much more practical approach
From research it is the only system that has statistics of acceptance of community for such adaptation for languages
The principals are different
1) expanding to natural language is done only from very formal language and very clear machine usage
2) expanding should adjust grammar rules (semantic principals)
3) each effort of expanding = rules from expression to target machine is adding First to staging, so people can vote (by using it) before it is added to main
* basically the only practical competitor for such system is - collection of ready templates
It is very like pressing button and not flexible
The main problem with template approach is that at some stage it is very hard to look for template you need, because there are too much
Of course each template can be very solid
* some technical point about interactive learning
This system is using recursive approach to build the logic , in such way we avoid same problem , like template business
Because if new language expression is long , the grammar engine will provide very big list of variants for solution
But making it first with sub expression will keep always focus and small
* of course, contributors , community member that expand languages should be smart and with strategic plan for such effort , that’s why the success of their work is paid by systems
iOlite is not abstract AI engine, but community collaboration around grammar engine
We expect to reach on each language > 85% acceptance
At the end , natural language is not formal programming language and each solution is around acceptance
* another effort of FAE is formal to formal translator
Such job is easier for acceptance , since syntax is already defined
So adding C++ to solidity support is easier
But, very huge but

It is not about taking any English sentence and make it magically best smart contract
FAE will synthesize solidity program from English and will keep logical connections
At first stages there would be a lot of tuning, but since there is no need for super flexibility , very soon it will come to same place like WIX for internet

Purushotham Maralappa
Consulting Manager at Emurgo, Blockchain and Tokenization advisor
Rated on Mar 7, 2018
5
4
3
8%
This rating's weight is reduced by 50% as there is no review added.