Investa ICO is a token sale of our ERC20 INV token, which is used as a means of payment across our platform. We have built 3 complimentary services and launched them already before our ICO has finished. 1. Exchange We have built a bitcoin exchange from scratch and launched it. See www.ibitt.co where you can register and login to our trading platform. INV token will offer reduced trading fees and also referral commissions for trading volume introduced. 2. Crypto debit cards. iBitt cards have already been issued and are available to order for our token buyers. Cards can be loaded with crypto directly and spent in FIAT at over 30m locations globally. INV token can also be loaded and spent on our cards. 3. ATMs these are in beta testing and will shortly be deployed in initial locations, where our users can enjoy 2 way crypto to cash conversion. INV token can also be converted to cash and withdrawn. 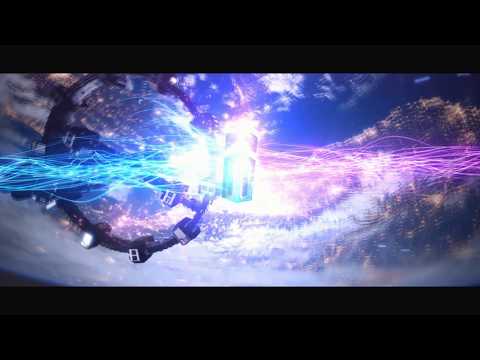 Investa is run as a private corporation, but will always be truly beholden to its coinholders and users, as we innovate we must iterate. To produce the optimum products we will be asking for consensus of our users, as the blockchain has always done since its creation by Satoshi Nakamoto. We will not deviate, or shy away from changing the way things are done, in fact we will embrace the opportunity that this ICO gives us to raise the funds and issue the coins into the hands of those who will share our journey

The Investa platform is developed and operated by an experienced and capable team of tech, finance and business masters. Investa is more than just a blockchain project, it encompases innovation, security, scalability and flexibility. Our founders and core team members are rapidly expanding and will be announced in due course. The team have worked together on previous projects and we want to ensure that we maintain our rapid pace of progress without the distractions of publicity at this point. Certain non compete & confidentiality restrictions further prevent public disclosure of the team until those have lapsed.

TRANSPARENCY
InvestaCo is committed to a fully transparent process even beyond the open source coding. Here are other ways we intend to offer transparency and community control.

Engage an accountancy firm for third-party audits, which will be reported to the community.

Founders will be limited from liquidating their INV at a rate of more than 20% of the total pool within the first year. This is to prevent dumping and to keep a stable token price. It also keeps their interests aligned with the INV community over the longer term

Community approval will be used via smart contract voting based on coinholding and consensus. The voting may approve coin reserve unlocking, club membership policy changes, and other changes that affect the INV community.

A minimal threshold amount will be required to complete a token crowdsale. The ICO will have a series of cap levels. If the crowdsale does not reach its soft cap of 1 million, any funds received during the token crowdsale will be returned to the original initiating wallets. Assuming the soft cap is exceeded, but the hard cap of 50 million tokens is not met, any unsold tokens will be retained for market liquidity support. Any funds received after having reached the maximum cap of 50 million tokens will be returned to the senders’ wallet.

This means that various control functions are delegated to relevant authorities either internally or externally, to provide greater transparency and oversight of the inner workings of InvestaCoin. Our coinholders will be able to contact our core team through multiple redundant channels such as slack, telegram, twitter and community forums. Our consensus based voting mechanisms will ensure that democracy rules in directing our core dev team on vital chain and platform dev decisions, that will inevitably arise as we expand to meet the varying demands of not only our future coinholders but new customers as well. Due to operational control & security factors, we cannot make the full codebase opensource but will seek to involve and request community feedback on major decisions wherever possible.

VISION: Interesting vision, although not unique -- a lot of people are trying to do this sort of thing. I found the video baffling. Thankfully there are other ways of figuring out what this ICO is about. 4/5

TEAM: The team looks not extensive enough, and seems to lack all of the skills that will be needed. Also, some of them look like they might be spread between other projects. Oh, and the main guy seems to have a different name on his LinkedIn profile despite being KYC verified which is a bit odd. 3/5

PRODUCT: It's very nice to see an actual product (the exchange) up and running. I'm scoring it 4 on the grounds that it's slightly more advanced than I would expect it to be at this stage of the project. 4/5

This is not an invitation to invest. ICOs are risky and you can lose everything you put in.