Employment of learning neural networks allow to reach exceptional video analytics effectiveness results. The search for the required person comes to a brand new level. By 2020 there would be more than 1 billion of vidceo cameras worldcwide. Any of those devices would be able to operate under our platform. Active implementation of partner services, which are targeted on the city safety improvement, ranging from the online registration of street fights and robberies with immediate transfer of such information to the appropriate services, to saving lives through prompt responce. 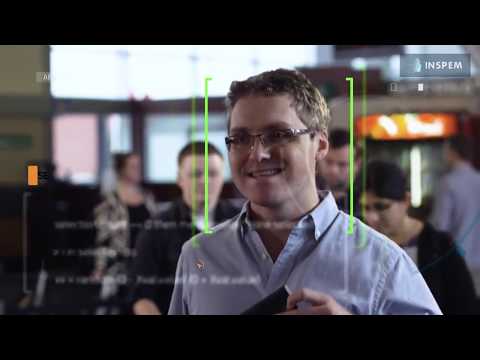 The INSPEM service was introduced in 2015; it allows users to find other people that they have randomly encountered on the subway, in the parks or any other locations. We assumed that such kind of service would predominantly be used by the male audience. However, as the statistical data shows, females made 40% of all announcements. Ladies have been simply taking pictures of the guys they liked on the streets from the afar, uploading those pictures to our service and waiting for some acquaintance to recognize that guy and share his social network profile.

This is exactly what the first version of the product was a few years ago. At the time of foundation of the service we wanted to become some sort of an analogue of «Wait for me» TV show, but as an online service.

For your information: «Wait for me» is a Russian TV show that helped to find more than 200 000 of people since it first aired in 1999. A new request to find people from all corners of the Earth is received every 10 minutes. More than 3 million of lost people are in the show’s database. There are only two countries, in which «Wait for me» does not search for people yet, and those are Antigua and Barbuda and Cape Verde.

By 2016 already, we decided to change direction. Our desire to reach the multibillion market and become a more technologically advanced company, which employs artificial intelligence and is able to apply video analytics based on learning neural networks for face recognition – these have formed a new vision of the INSPEM platform.

Employment of Big Data and advanced video analytics allow us not only to satisfy the requests of private individual to solve everyday tasks, but also to use our resource to solve more noble and important tasks. These tasks include the city safety provision, direct involvement in criminals search, saving people’s lives on the streets, becoming a more effective way of missing people search. In collaboration with the world’s IT giants we would be able to establish «smart cities».

Maybe missed the boat ,a lot doing this now and think they are behind and will struggle to get traction . Team needs more international presence to maximise chnaces

Office opened in Rostov-on-Don (Russia).
The work on the first prototype is started

5000 of registered users. Second version of the site and mobile apps.

10 000 of registered users. First conversations on Al implementation into the INSPEM service.

Pre-Sale preparation and realization. Signing of partnership agreements with some technological market leaders.