Imigize ICO opens a new era in online shopping: now, buying shoes /clothing on-line, you can be sure that it will be comfortable as if you tried it on and bought it in a traditional store. Imigize decreases drastically returns of non-fitting goods to online shops and gives freedom and confidence of purchasing clothes and shoes suitable by size to online shoppers. Imigize Service Blockchain guarantees the safety of personal anthropometric 3D data of customers, as the data is encrypted and dispersed on the BLOCKCHAIN. 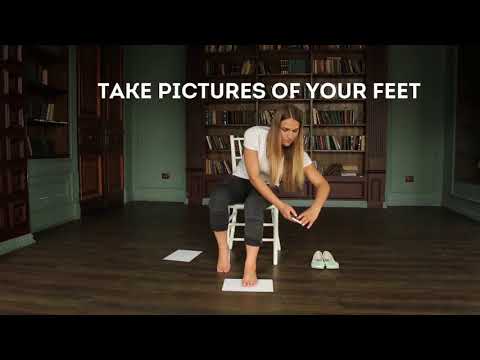 The issue of a proper size selection of shoes and clothes when buying online is a major obstacle to the dynamic development of the online market of clothing and footwear and the cause of distrust towards online shopping among consumers.

Imigize Service Blockchain guarantees the safety of personal anthropometric 3D data of shoppers. Unlike centralized cloud-based or on-premise solutions which can be hacked, the data is encrypted and dispersed on the BLOCKCHAIN.

Most part of the clothing and footwear trade will be transferred to the Internet by 2030.

Imigize makes a bridge between the mass market and the blockchain economy, fosters sustainable growth of the Ethereum Community.

Though i carefully read quite well done WP (especially pages 21-25) i think blockchain/decentralised solution is not necessary here. It perhaps could make sense (still far-fetched) if fitting sizes of footware and clothes of customers change frequently but certainly it is not the real case. So it could be a nice IT centralised project but why make in on blockchain and make ico? The team could be more international.

This isn't at all a bad project, as the commercial need and viability is strong. The product is certainly need in the industry, the only thing is making sure blockchain is definitely required here, else its just a "platform on blockchain" project.

Gap between soft cap versus hard cap is too wide!

“Most part of the clothing and footwear trade will be transferred to the Internet by 2030. Imigize makes a bridge between the mass market and the blockchain economy, fosters sustainable growth of the Ethereum Community.”

Is this project too ahead of its time?

Will be willing to revise rating if the team responds.

I have spokem to the team and like this project a lot. They have the right experience and it solves a real issue for both buyers and sellers in online sales of shoes and future cothing. The blockchain use case is relevant and they ahve a proven business model. This is very attractive I think and with the team of advisosr they ahve addded with a lot fo relevance then this could be a very good sale and exciing project

I had a detailed discussion with the founders about the project. I feel they are working on a real e-commerce problem, having artificial intelligence and machines learning to find the exact size of the foot using mobile application is a very innovative solution. However, Blockchain technology is used only to capture the data, which might have some benefits in furure for data analysis.

Vision is very clear, team is also very experienced, nevertheless, they also need some good team memebers who had previously worked on the similar projects.

Team member: Nikolay Nazvin and Elena Novikova do not have linkedin account on ICO Bench.


Disclaimer: This is an independent review on the ICO, and does not lead to investment advice. ICOs are risky, kindly do your own research before invesment.

I like the idea behind this but I cant see a reason why blockchain tech is needed at all. You could do this in a centralized way without the need of an ICO. The ICO does not serve a real purpose. The team can correct me if im wrong.

Speaking of the team I do like the mix of expertise between them. Can they make this work?

E-commerce is very different form digital marketing and social networks. This is the reason why it takes time to experts from other industries (even fintech!) to perceive the concept. Many are mislead by the paradigm that they live in. I will take some moments to introduce you (other readers) into the topic.

Presently the e-commerce market looks like a medieval map of feudal states. More powerful the sovereign, more he is self oriented in their IT infrastructure and less open his data.

All of them want to know what happens at competitor's castle but under no condition they will share the data on their shoppers.

They consider their clientele as a Goose That Laid the Golden Eggs.

We are breaking this circle - Imigize offers an infrastructure when all corporate customers may take use of all purchases of a shopper at competing web-stores without disclosing sensitive information to each other.

The web store will receive only an anonymized result from our AI algorithm - best size recommendation and expected comfort level for the shopper.

No web store can get the information on competitor's sales or customers!

In this way we create an infrastructure for the safe data exchange between web stores and shoppers.

Same for the footwear and clothing makers.

We offer an infrastructure to exchange the data on the best fitting models (3D internal volumes) for each geographical markets without disclosing models themselves and brands.

For end shoppers we guarantee the safety of their 3D anthropometrics.
No hacked data, no leaks like at Facebook , Equifax

I hope to explain you in details the question regarding the use of Blockchain at Imigize.

In our team we have real techno stars with large experience.
The proof is - we have a ready working product, large commercial Customers and Industrial Measuring Center with output 2MM of digitised models of footwear per year.

Is this persuasive enough for you?

Increased rating due to a reply to my review but keeping the comments as they are valid concerns.

Coming from ecommerce space I know there's already many solutions in various stages of development and some in production. I've been pitched to seed invest in many over the years. This is something that would be best pushed through traditional VC model aiming for acquisition by a major retailer or to do a joint venture with a major retailer with the goal of being acquired. I don't see how blockchain is justifiable based on the notion of safeguarding personal information like shoe sizes nor how it's justifiable enough to raise $60m. I don't see there being good value to investors and encourage the company to seriously question whether they are taking the right approach. Don't get me wrong there needs to be a good solution for this as retailers have very high return rate for clothing items online as the expression is that customers will buy 3 and return 2.

We welcome our colleagues from e-retail.

We stated all main approaches of solving the problem of the selection of the best fit for footwear and clothing online trade in our Whitepaper.

Most of them have a very low accuracy or dead without being born or have no future.

We achieved very beautiful results that can be already globally scaled - we gather precise data of the customer’s 3D anthropometrics using our mobile app and we measure internal volumes of footwear and clothing in 3D in large industrial volumes. We use sophisticated AI to compare them.

After 3 years of deep scientific R&D, we see that the solution should be assisted with AI. All players should join their databases for cross saturation to make the virtual contactless fitting be able to replace the physical try-on.

Do you think that Walmart will share their data on Sales with Amazon? Or Adidas will tell Nike what are his customer’s comfort preferences and which models he/she bought/ liked.

Obviously, as a professional, you will say: “NOT!, NO WAY!”. Most of them will tend to monopolise the data.

Another point - when you get closer to the solution for the apparel market, no shopper is ready to share his/her 3D anthropometrics data unless it is absolutely securely stored/managed.
We offer the blockchain as a solution and our token as a compensation for the loyalty.

A big part of proceeds ( from $60MM) will be used to digitise (measure internal volumes in 3D) most of the produced footwear and clothing models. There are millions of models manufactured around the globe.

Though return rates and related expenses are big, the is not the main reason of the project.

Ask yourselves if you purchase footwear and clothing online?

We have a solution when everyone can answer - “YES, SURE!”.
Our goal is to transfer all trade of all wearable goods into online.

CTO, Head of the Department of Mathematical Modeling and R&D