iLINK is the first location-based social commerce platform powered by the Ethereum and NEO blockchain and has 3-core functions. 1) Geosocial community networks 2) Hyperlocal business and service portal 3) E-commerce marketplace iLINK ecosystem presents a new form of socio-economic relations, brings local users, communities, businesses, and organisations together, facilitates P2P, B2B and B2C interactions in local communities. It is a latest technological innovation that utilises geosocial networking to bridge communities and to promote local businesses and organisations to communicate and interact with its members. By redistributing the financial benefits derived from co-creation, each user is acknowledged and rewarded for their contributions to the community, feels part of something greater, becomes invested in the social infrastructure, and is motivated to do more; which grows the community and enables everyone to rise together. 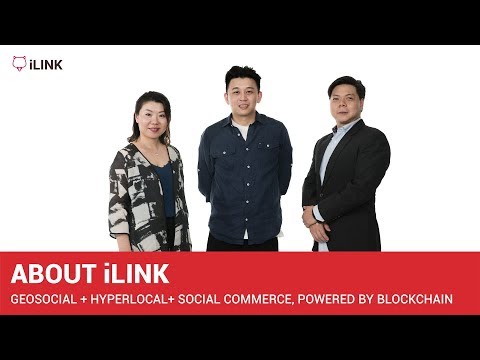 The uniqueness in iLINK is in its Value Co-Creation model powered by blockchain to drive a sustainable Token economy within the iLINK ecosystem.

Users earn  Community Based Creation(CBC) Tokens through an E-Commerce affiliation system, micro-donations, viewing ADs or completing brand surveys. They can then use CBC Tokens to buy items from the P2P market or the integrate E-Commerce B2C store.

CBC tokens are ERC20 and NEP5 tokens distributed on the Ethereum and NEO blockchain pursuant to a related ERC20/NEP5 smart contract. There will be a total supply of 1 billion tokens on each blockchain, 59% of which will be issued during the token launch event. The public crowdsale scheduled for Q4 2018 and is divided into 4 tiers. Starting from a15% token bonus for the first tier.