HYCON, which stands for Hyper-Connected Coin, is the digital asset built on top of a faster and more scalable blockchain developed by the Infinity Project team in Gangnam, Seoul. Using a DAG (Directed Acyclic Graph) structure, it has the capability to publish several blocks simultaneously with the ability to resolve conflicting transactions and reject double-spends through the SPECTRE consensus algorithm. This makes HYCON a next-generation cryptocurrency which can be used in the real economy. 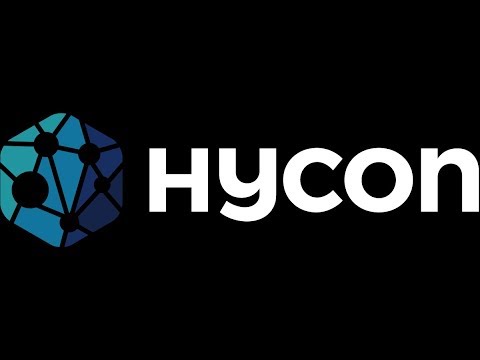 Faster
Quick transaction confirmation times
Honest transactions can be confirmed or rejected definitively in mere seconds, due to the high volume of blocks published within that time interval.

Scalable
On-chain Scalability
Transactional throughput up to 3000Tps on a 2MB/s connection can be achieved as a starting point of the project.

Frictionless
Latency Tolerance
The DAG structure coupled with the SPECTRE protocol allows for network latency to be essentially removed as a limiting factor on transactional throughput. Blocks that are received out of order can still be ordered based on their implied position in the DAG rather than the time they were received.

- No code released yet on their GitHub.

- Comment from Niall, their lead developer, saying that he still has to look more into the PHANTOM white paper to fully understand its nuances (https://www.reddit.com/r/HYCON/comments/7vdw8u/spectre_fails_to_provide_essential_linear/dtsqnd4/); that's unacceptable, he should have had a perfect understanding of it already.

- Distribution model is flawed: If they've actually raised the amounts they claim, because the next rounds are 15 mil $ pre-ICO and 10 mil $ ICO; considering bonuses, it basically means that whales will have over 80% of all tokens in circulation

- Tokens should become available through the HYCON platform at the end of June, which is also when they'll get listed at exchanges... but they won't have smart contracts implemented by then; w/o smart contracts I don't see how this is better than Nano

- The promise of the Infinity platform seems like a mess. Launch your own blockchain .... - seems like unnecessary over-promising.

Looks like a solid team, but they need some advisers. I love the project - I have great respect for ICOs that build native Blockchains over simply riding Ethereum's back. DAGs, used by Iota and Byteball - are super cool and the more projects we see using Directed Acyclic Graphs in the future, the healthier it is for the ecosystem. They also need to spend some more time on the Whitepaper, it's a bit thin at 14 pages.

One of a very few original an promising projects