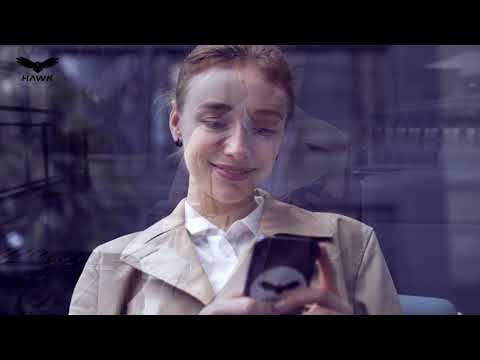 Hawk Network refers to the technical infrastructure of the world's leading distributed intelligent Internet of Things, which integrates edge computing, big data and blockchain technology. It aims to provide enterprises with lower access costs and a more efficient and trusted Internet of Things. Taking intelligent hardware as its base, artificial intelligence as its core, big data technology as foundation, and blockchain distributed ledger to balance its ecosystem and production factors, Hawk Network intends to ultimately achieve the goal of enabling global Internet of Things.

Black Hawk Knight (a.k.a. BHK) is the first application on Hawk Network. BHK aims to provide users with decentralized shared electric scooters for intelligent short-distance travel in cities. The hardware performance of BHK scooters is superior, and its energy efficiency ratio is 60% higher than that of similar products. It is planned to be distributed across over 50 countries and regions around the world. This distribution strategy adheres to the ideology of decentralization of blockchain, and all BHK corporate investors around the world will share the dividend brought by scaling up the entire distributed travel network through distributed ledger technology. Meanwhile, BHK Intelligent Scooter is also a super mining device-riding scooter meani mining, which not only conforms to the concept of having a green planet under sustainable development, but also belongs to a community incentive model.

By innovating the technological scheme and economic model, Hawk Network applies edge computing, user digital identity UID and multiple encryption technology to make devices, users and enterprises unimpeded in Hawk Network, thus ensuring the security of assets and data; HAWK Token is the value exchange medium of Hawk Network, and will be applied in various scenarios, such as payment, mortgage, financing, transaction and circulation of distributed Internet of Things. In short, Hawk Network uses blockchain technology to empower the traditional Internet of Things, and achieves a new generation of distributed intelligent Internet of Things. While HAWK Token is the master key of Hawk Network, it can be said that an era of intelligence and perception of all things has arrived.

A promising project from China, Hawk Network aims to bring a rather interesting project to the market. They distribute only 10% of their utility tokens during their ICO and this for me is an uncommon, yet positive sign.
The fact that Hawk Network project was incubated by Canada's UB Group and Klaytn, the blockchain platform owned by Kakao Korea is a clear sign of their enormous potential.

The time for Internet of Things is NOW! So many things and preparations for implementing this great technology into our lives already done: 5G network already get prepared and ready to be spread worldwide, Big Data usage is everywhere, Artificial Intelligence get smarter and closer to humans every day, Blockchain Technology as is has become so mature and stable all over world that already put into huge amount of processes worldwide. We truly believe that now is the right time to bring leading distributed intelligent Internet of Things to the new level - we need Hawk Network NOW!

On their website I have found helpful insight into Hawk Network. With the use of the blockchain technology, they will built an entire ecosystem focused around IoT technology, intelligent hardware and privacy. The project is originated in China and was incubated by two big companies and this is a clear indicator of its authenticity and potential.

This is quite a joke. Weak management team and their LinkedIn bios tell you nothing whatsoever. Their CMO has no marketing training. Marketing/video is completely useless, unprofessional, and leaves you hanging about how IOT, AI and blockchain are used at all. You end up asking more questions after watching video. Avoid this timewaster.