An Evolution in Cloud Mining Industry

HashGains offers ICO (Initial Coin Offering) in order to establish green data centres in Rajasthan (India) and Quebec (Canada). As India and Canada are hub of solar and wind energy, HashGains is going to make use of these renewable energy resources to create a eco-friendly mining environment. HashGains is backed by a renowned name in running and managing data centres with over 15 years of experience. There are around 50,000,000 HGS tokens that will be distributed in four phases. The price of HashGains token will be $1. HashGains (HGS) token platform is based on Ethereum and currencies accepted by HashGains ICO are Bitcoin, Ethereum, and Litecoin. 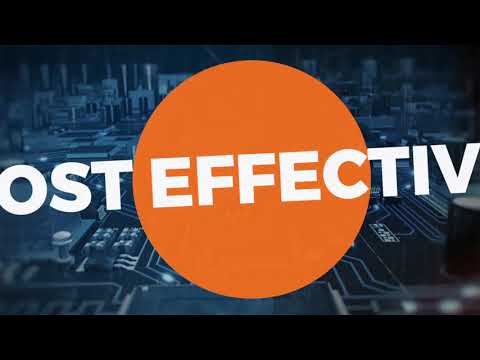 The latest Blockchain developments have taken the world by storm. As yet another financial year comes to a decent closure, the tech-communities are busy predicting the colossal returns as promised by Bitcoin and its altcoin successors. It’s no less than a boon, given the fundamentals of Blockchain technology has been adopted by many an international bank as part of the core infrastructure. The Distributed Ledger Technology offers an ideal solution to traditional banking problems and with the inception of decentralized coins like Bitcoin, Ethereum and Monero, the virtual world seems to take on the real world with equal gusto. Being an unassailable ledger that it is, Blockchain wallets not only store all forms of digital assets, but also record every minute detail associated with each and every transaction.

Cryptomining has created a sort of frenzy among people of late, owing to the price of cryptocurrencies which skyrocketed in the last couple of years. Today, mining is considered a long-term venture that assures lucrative returns. Bitcoin mining started in the year 2009, and since then, there has been no looking back. HashGains is one of those reliable platforms that has been specially designed for cryptocurrency mining via cloud technology. The increasing demand for mining services has now led to a dearth of mining tools and equipment. On a larger scale, mining has become an expensive deal with powerful ASIC devices fulfilling the requirements. Not only is the electricity consumption on the higher end, but mining has itself become a community-driven elitist affair. The initial purpose of crypto coins (which promotes a decentralized station that is accessible to anyone and everyone) seems to be defeated with ASIC and FCPA devices taking centre stage. HashGains aims for bio-friendly (and user-friendly) mining services so as to reduce the high level of energy consumption and encourage feasible cryptomining. With HashGains’ ICO smart contracts, investors can become co-owners of the mining servers and equipment.

The company will hold an Initial Coin Offering Event in the coming year wherein investors and supporters get to play an active role and become the initial owners of the HashGains Token before it gets released on any major exchange. The token will be used in the marketplace for a wide variety of engagements. The funds amassed from the ICO presale will be used for the early development, marketing and management of the overall project and its platform. ICO owners may feel assured that this unique project is backed by a team of crypto veterans and Blockchain experts. Indeed, team HashGains has the potential to become the torchbearers of a progressive generation in years to come. Come, be a part of HashGains mining!

Procurement of ASIC and GPU Miners to enchance capacities

Assembling and Integration of machinery

A professional investment community focusing on the future of Blockchain and Distribute...