Globitex is an institutional grade Bitcoin exchange, with unrivalled API capabilities for direct market access. The purpose of Globitex is to advance the overall Bitcoin industry by scaling existing Globitex exchange infrastructure to the necessary industrial trading level, with a capacity to accommodate standardised money markets and commodities listings. 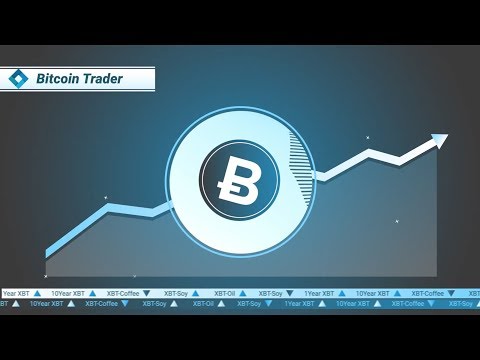 In order to facilitate the use of Bitcoin as an industrial scale medium of exchange, we propose taking the existing Globitex exchange infrastructure and scaling it up into an exchange that has global spot and derivatives exchange capabilities, where standardised instruments in money markets and major commodities are listed with cash settlement and later physical delivery, and where Bitcoin is used as the underlying currency - a unit of account.

To realise this goal, Globitex is issuing the GBX utility Token. The Token will be issued as an EIP-20 (previously known as ERC-20) compliant Ethereum smart contract. [2] The GBX Token will primarily be used for the settlement of trades on the Globitex exchange, serving as a commission payment token. The GBX Token will also function within loyalty programs planned for Globitex clients and contributors, whereby the contributors will be participating in  the company's overall success. The GBX Token can be acquired during the Globitex token sale (www.globitexico.com) using Ether (ETH), Bitcoin (XBT) and Bitcoin Cash (BCH). The GBX token sale will be conducted in stages, each representing the team’s commitment to deliver specific business milestones.

Good team, existing prototype, but too many competitors in this area. Why Globitex?

Mofassair Hossain
CEO and Founder Perhalic, ICO and IEO Advisor, Investor, PR and Marketing Expert
Rated on Jan 9, 2018
4
3
4
6%
This rating's weight is reduced by 50% as there is no review added.

Maksym Vysochanskiy
Founder of ICOExpert | Appsmoment | Blockchain Advisor
Rated on Jan 12, 2018
4
4
4
5%
This rating's weight is reduced by 50% as there is no review added.

Giovanni Lesna Maranetto
Founder of MENTAL BLOCK, CCO at Blocktrade.com , Advisor Blockchain Strategist , Speaker
Rated on Feb 18, 2018
4
5
3
4%
This rating's weight is reduced by 50% as there is no review added.

Vytautas Kaseta
Distributed crypto systems generalist, Social hacker, Next Reality visionary
Rated on Jan 22, 2018
4
3
3
3%
This rating's weight is reduced by 50% as there is no review added.

I am Trader, and I think this could be the potential use of Bitcoin as the currency, but Bitcoin is facing a lot of issues with transactions stagnation and Transactions fees.
It could work with their own token. Nice idea.

Great project! There are many others working on similar projects so nothing new, but no one has actually created a viable platform for this yet. Still a race in this space. I see the potential!

Director and Head of Compliance

Director and Head of IT

Chairman of the Supervisory Board