Global Tech is a comprehensive cryptocurrency trading and exchange platform, which not only allows users to trade cryptocurrency, but also ensures that their experience is profitable and straightforward. The trading and exchange platform is supported by artificial intelligence as well as a customer support team. The project will include fund management options, a virtual trading platform and an ICO watchlist updated by industry professionals. Separate from this platform are a industry news website, education platform and social media network, which are designed to educate and bring the crypto community together. The Global Tech coin will be available to be traded on this platform, as well as offer benefits to the user for holding, and we will offer incentives for holding the coin over a longer period of time. 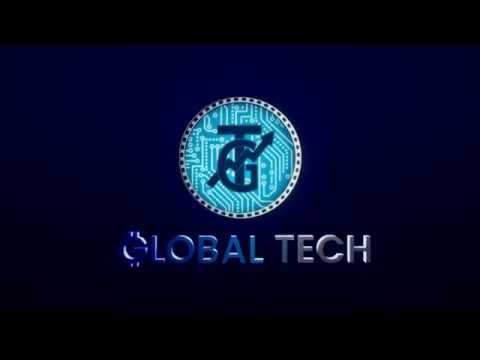 “An Australian initial coin offering (ICO) project planning to raise as much as $50 million has announced its token sale has been halted by the country's securities regulator.

Called Global Tech Exchange, the Brisbane-based project announced on its website Monday that its token sale has now ceased after the Australia Securities Investments Commission (ASIC) stepped in.

According to tracking site ICO Bench, Global Tech had intended to raise somewhere between 10 and 50 million U.S. dollars in its bid to fund the creation of a cryptocurrency trading platform. The token sale started on Sept. 12 and was originally scheduled to run until Dec. 10

While it's unclear how much the project might have already raised, company said it had issued refunds to investors as per the ASIC's requirements.

The project initially gained public attention in August ahead of its public token sale, thanks to an endorsement by well-known cricket player Michael Clarke, who announced his involvement in the project in a tweet at the time.

In today's notice, the company added that "Michael Clarke is no longer associated with Global Tech Exchange."

The news follows a statement from the ASIC last month that it had halted at least five ICOs since April 2018.

The regulator said at the time that certain token sales had been paused for restructuring in order to comply with applicable legal requirements, while others that were deemed possibly deceptive were ordered to halt completely.

At press time, the ASIC had not responded to CoinDesk's request for comment on why it had shut down Global Tech's ICO. According to an ASIC document, the company submitted a voluntary application for de-registration with the agency on Oct. 19.”

The project initially gained public attention in August ahead of its public token sale, thanks to an endorsement by well-known cricket player Michael Clarke, who announced his involvement in the project in a tweet at the time.

In today's notice, the company added that "Michael Clarke is no longer associated with Global Tech Exchange."