Discover and Fund the Games You Love

Game Protocol is a decentralized platform for video games. It is primarily a fundraising platform for games, where developers can create and sell their own crypto-based in-game currency to video game fans and crypto enthusiasts, to fund their game project. The more popular a game becomes, the more valuable it’s in-game currency will be. With the use of the Bancor liquidity pool, Players can easily exchange between in-game currencies. Other benefits of the platform include a decentralized game store, where fans can play games that have been funded & developed and developer’s tools, so games can be developed easily. 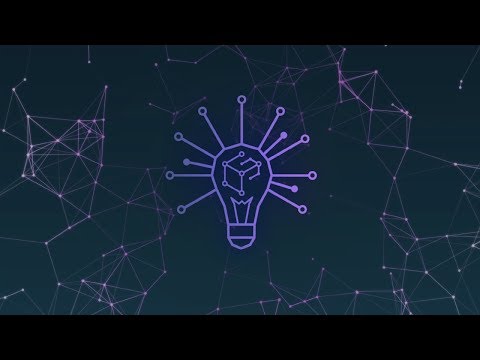 Game Protocol is meant to solve several of the key problems that both developers and gamers feel in the video game industry.

One of the key aspects of Game Protocol is our reward based crowd funding platform GameStarter.

In GameStarter developers can create and sell their own crypto-based in-game currency based on Game Protocol Token. This is done via the use of smart contracts that allow the easy creation of tokens. With the use of the Bancor liquidity pool, Players can easily exchange between in-game currencies.

By developing a decentralized game store, it avoids biases all centralized stores have, and offer a level playing field regardless of the developer’s notoriety, budget or seniority.

In our decentralized game store, all that truly matters is a game’s user ranking which will be verified by blockchain technologies.

Game Protocol also allows game developers to use its unique development tools. This includes a random number generator, wagering options for games, and a Unity 3D based wallet amongst other things.

With the use of its own cryptocurrency, it guarantees greater security for gamers, as no credit card or bank details will be required for the purchase of games or in-game microtransactions. The use of Game Protocol Tokens also allows players to be anonymous.

By offering innovative solutions to deep-rooted issues in the world of video games by using decentralization and blockchain technologies, Game Protocol plans on building an economy around the gaming industry. By decentralizing its platform, it will offer greater transparency and give power back to gamers and developers.

Design with high feasibility.
The team seems to be experienced and necessary and sufficient.
There are two kinds of tokens and it is slightly complicated, but users will soon get used to it.
It is realistic that the USD 3 million swift cap is also available.

In the Issuance detail, allocation to Company is relatively estimated as 20%. Furthermore lockup is 25% per 6 months.
I think that the team should keep locking up the team for at least one year in order to ensure the success of the project and stable attracting customers.

I was concerned about the time it takes to load in the MVP demonstration. When marketing is done before the start of the game, this works very disadvantageously. I understand this is a demonstration. I will change the evaluation if there is a promising improvement.

The Games Industry is ripe for disruption. This ICO with its very credible team and proven experience in the games development industry makes for a cery compelling future of a 360 eco system for games creation, development and launch.

VISION: A strong vision with a clear use case for the blockchain. However, it is unclear what rights and protection there will be for people who decide to back a certain development. For Game Protocol to succeed, there needs to be an inventory of high-quality projects on the service for the crowd to fund. 3/5

TEAM: A strong and extensive team that seems to have an appropriate breadth of knowledge and experience. However, some of the core members need to update their LinkedIn profiles as they appear to be working on other projects. The team also seems to be spread across multplie locations which may create problems. 3/5

PRODUCT: Currently there is an MVP available to test as well as a breakdown of the developers tool in the white paper. This is well developed for this stage of the project. 4/5

Guys: As ever, please feel free to get reach out if you feel I have missed anything critical.

This is not an invitation to invest. ICOs are risky and you may lose everything you put in.