FunnyToken is an open protocol that enables the peer-to-peer exchange of assets on the Ethereum Blockchain. The safest and easiest way to buy, sell and trade in games and digital services. 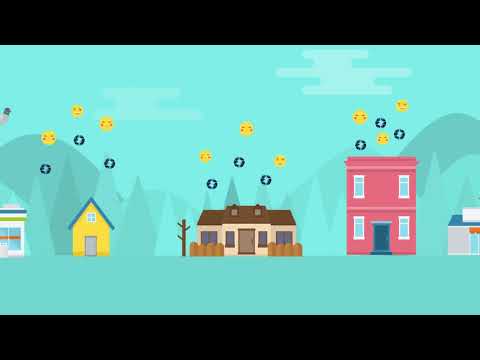 FunnyToken is a blockchain and platform which is optimized in order to transfer cryptocurrencies from one holder to another. At the same time, it’s a transferable digital asset withheld in Ethereum smart contract. It aims to be used in the game and digital service trades. While providing simple additional features according to users’ needs, it’s also open to being used and developed in any country.

In today’s world, people have started to spend too much time in the cyber world for both entertainment and winnings. They mostly spend this time on websites and mobile phones trying to make profits. FunnyToken promises to transform this entertaining time into winnings and distribute to its users. Contrary to the other cyberworlds and social networks, FunnyToken isn’t controlled by a central organization.

[Later edit] I have reviewed this project's documentation once again, as it's been a while since I last did.

Their team has not conducted KYC yet, but otherwise, their team looks decent.

They have a good vision, a realistic soft cap and they are distributing only 15% of their tokens.

They do not have a MVP on the website yet, but aside from this, the product's description looks good and promising. I am waiting for them to update with an MVP.

Unfortunately - there is no response from team and completely disrespect for passing KYC on site. Seems it's a SCAM. Sorry, but project can't be done without responsible people...

After I have provided my previous rating, I have been contacted with proof that this project has serious red flags and already scammed people working with them.

The idea of the project showed up.

The objectives of the project were determined.
The team was formed and started to work on the technical details.

The team has begun to work on FunnyToken infrastructure.

We started to write the whitepaper.

The main idea of the game showed up. CYRPTOWORLD game was born.

Game script was written.
The Works on technical details of the game have started.

The project was announced.
ICO and IEO processes of the project were started.

ICO and IEO processes were completed.

We started to work to get listed on the crypto-currency market.
We proudly launched our first game CRYPTOWORLD.

We started to work on new games and applications. We are ready for more, therefore, we started to negotiate with
different platforms and services to meet with you all out there.