A digital marketing revolution on the blockchain

Friendz is a working product with €1.2m in revenues and a community of 200k users. Friendz platform connects companies to people willing to provide support in the generation of advertising contents directly posted on their personal social media profiles. Users involved in this peer-to-peer communication process get rewarded for their collaboration on Facebook/Instagram/Twitter/Medium through our FDZ tokens. FDZ will be the standard token to manage and reward people for online activities. 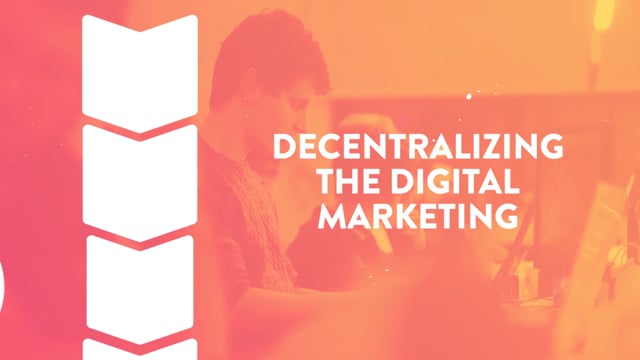 Philosophy
Friendz decentralizes the online marketing industry, elevating the final user to a central position, where he can monetize its contribution to the digital advertising process leveraging blockchain technology.
Unlike famous influencers, users generally do not get rewarded through the advertising process, even if they contribute with sharing brands’ posts on social networks and interacting with companies official pages.
Friendz let users monetize their actions online in a decentralised and democratic way, depending on their skills and influence.

The idea
Friendz was born at the end of 2015 with the idea of finding a solution to a problem that companies faces in doing digital advertising, that is reaching and engaging their target audience in the communication and sharing of the companies values and message. Friendz infrastructure can control and manage a huge number of contents published, reducing costs for companies and providing strong efficiency.

Innovation
Friendz introduced a revolutionary marketing concept, leveraging the peer-to-peer communication on social networks and the power of word of mouth. Friendz users are not influencers with a big audience, but normal people that use social networks everyday. The size of the audience reached is the same, but consists of the close connections of thousands of micro influencers. In this way, the advertising message shared on their profile reaches their friends in a genuine and natural way and is much more effective.

Impressive idea, a hard working team and pretty mature product and an executable plan for next jump. I evaluate this is low risk project and worth to invest! However, suggest set lower hard cap.

The project altogether looks very appealing. I believe it will make a success!

Great advisory board and big team

This project is already in operation, the platform is working and realized almost $2m last year, the team is solid, the predictions are excellent because they use a marketing idea concrete and functional, good ico.

Kyc failed ... That's why I lower my rating
Great team ..... Also have solid project and product .. Best of luck team

Influencer marketing is a massive growing market. I believe that Friendz is able to provide a service that in a growing market. Having an existing platform is extremely helpful and the gamification aspect of it is awesome.

A great market for using blockchain. Excellent team and product.

A great team with a decent project idea which has a solid plan for the next steps ahead.

An amazing project. I believe it will make a success!

A working product, already cash flowing, a great and fun team. I'm happy to give my first 5 star across the board rating to this ICO.

Good start, if they have 200k sticky users then that is a good start. MAu at 45k or so might indicate that there are a good few unisnatllls as well. Like the concept. be intersted to see the number of what Google and ISO consider active installs as at say end of Feb to get better idea on cohorts and churn. If they get momentum will be interesting andworth a punt

Great vision with a big community of users and long list of clients.

Yaroslav Belkin
Ex Cointelegraph and NewsBTC Media Group | Founder and CEO at Belkin Marketing
Rated on Feb 5, 2018
4
5
5
1%
This rating's weight is reduced by 50% as there is no review added.

Working product, strong team and vision. This could be one of those projects that makes it real big in the blockchain marketing industry, seems like this industry is forever growing with mass adoption on the horizon.

Frendz is a strong product with a unique concept, an experienced team and a huge hype around the idea. I would recommend the project for medium-term investment with high ROI.

Mike Raitsyn
Blockchain enthusiast, business angel
Rated on Feb 4, 2018
5
5
4
1%
This rating's weight is reduced by 50% as there is no review added.

I can see this doing really well.

Quite a strong team (failed KYC) and good vision for the roadmap. Glad to see a working product with 200k users in an industry ripe for innovation through the blockchain.

The fact they have working product with seven figure revenue says a lot. Great Italian team from the land of Ferraris and Lambos. I feel good about this one. Interesting to see existing communities bring in crypto - like the Canadians at Kik with their 300m users. Good job folks and good luck.

Really solid project, it demonstrated efficacy and real use cases connecting companies to people willing to provide support in the generation of advertising contents directly posted on their personal social media profiles.

The vision is strong and compelling. Users involved in this peer-to-peer communication process get rewarded for their collaboration on Facebook/Instagram/Twitter/Medium through our FDZ tokens.

The team behind the project is wide, well educated and linkedin/kyc passed.

Friendz benefits greatly from already having a working platform with a high user pool. In addition, it has a very strong team and the idea of peer-to-peer marketing is gaining traction worldwide. It has a fairly active social media presence in place and its ICO metrics are fair and balanced. It also faces little competition given its already enormous user base. This is a superb project.

This ICO is aimed to success thanks to a project that will hit a huge market, but is an already running system.
For them, i would say, the market is already prepared.

5 for the vision and the product thank for solid basis
4 at the team, since with this project, on the next ICO they will get a 5!

The name is awesome, and marketable.

The team is young in cryptocurrency and I hope they will some how manage the funds correctly and support the overall communities in this niche.

Amazing Team! Incredible Vision! This is hands down one of my top picks. Best of luck!

Very promising social media platform that has done quite well prior to its ICO. Looking forward to the launch.

A low risk investment. If you're looking for large gains, find another project.

This is a cool project if you're in it for the long haul, not to mention it already has an established product.

Ivan Zaytsev
Crypto-currency enthusiast, Marketing specialist
Rated on Feb 1, 2018
5
5
5
1%
This rating's weight is reduced by 50% as there is no review added.

Suraj Tiwari
ICO ADVISOR CONSULTING EXCHANGES Listing SMART CONTRACT TOKEN CODE
Rated on Feb 6, 2018
5
5
5
1%
This rating's weight is reduced by 50% as there is no review added.

Product is really good and it is great that it already had existing users. But the price of the cryptocurrency lost a lot of value and the team were not able to do anything about it. That makes me think the team was not that strong after all, and the vision lacks.

Manav Singhal
Executive Board Member at Blockchain Foundation of India
Rated on Feb 6, 2018
5
4
4
1%
This rating's weight is reduced by 50% as there is no review added.

Gökhan Koçak
Blockchain enthusiast. Innovator. Leader. International investor. Options and Futures trader.
Rated on Mar 2, 2018
4
4
4
1%
This rating's weight is reduced by 50% as there is no review added.

Very good from marketing side that it's a very important side. Adv world is very competitive sector (also biggest ones ready to do their first move) and the product doesn't bring any disruptive innovation respect the others. Poor blockchain experience of the team.

Daniele Azzaro
MIT certified specialist in Fintech
Rated on Feb 7, 2018
4
5
5
1%
This rating's weight is reduced by 50% as there is no review added.

Ashvarya Kharoo
Consultant | Market research | Data analytics | UX Design thinking
Rated on Mar 19, 2018
4
3
3
1%
This rating's weight is reduced by 50% as there is no review added.

One of the best and promising upcoming icos!

Mature product and a plan in place. I evaluate this as a great ICO. The user-base is potentially very large, as almost the entire world uses social media in some form. However, the competition will become intense as blockchain technology adoption continues, given the size of the target audience.
Current competitors are Steemit, Sphere, Nexus, and Social X.

Cons:
- Lots of potential and the team has already proved they can deliver. This is not really a disadvantage, but it will be interesting to see how will raising an ICO impact further development and progression, as well as company's ability to cope with/manage new challenges and responsibilities
- Other competitors
- Failed ICO KYC report

overall a 4.5 rating. a clear recommend.

There are lots of social media types of projects, and this one doesn't really require a decentralized model.