The FREED project is a public shared economy platform for efficient utilization of computing resources by non-monetary motivation of resource owners. Bitcoin mining uses up more power than 159 countries in the world 1. The computing power of Bitcoin network is 14 million TeraHashes per second, for Ethereum 150,000 GigaHashes 2 that means an equivalent of 5 million 1080 Ti cards. The total amount of computers involved in supporting blockchain transactions is calculated in the tens of millions. The Bitcoin network alone generates 1800 Bitcoins per day 3, that’s about $30 million per day and 10 billion per year. Even if a blockchain project does not use mining it has to support the infrastructure. 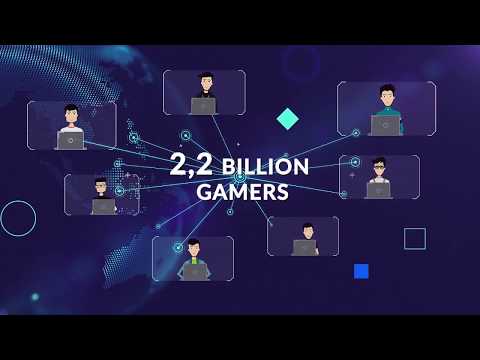 Blockchain-based grid computations such as CureCoin, FoldingCoin, Golem, SONM, iExec have to attract users for the computations. Total capitalization of these projects is about $900 million.

Blockchain-based storages such as Storj, Sia, Filecoin, MaidSafeCoin have capitalization of more than $1 billion and have to attract users for storing the data.

FREED enables for growing the blockchain-based and grid network for any blockchain or compute project by providing gamers’ computers for that purpose. The FREED Blockchain allows one to coordinate tasks, pools and billing and dynamically distribute the workload.

Gamers get unique in-game values and have better gaming experiences.

FREED token’s value is linked to the number of gamers and number of blockchain and HPC projects using FREED resources for sustaining blockchainbased computations and storage. With the growth in the number of users and projects, the token grows.

Chief of the Development Platform

The concept of the FREED platform was originated

Pre-ICO
ICO. Alpha-version of the platform with limited services released

More than 30 million gamers on the Platform

More than 100 million gamers on the Platform