We believe that a wide selection of FoodCoin Ecosystem component tools will be used by the farmers, agricultural equipment manufacturers, farm product processors, food manufacturers, cafes and restaurants, food delivery services, and other consumers and producers of food and related products to reduce transaction costs, achieve greater efficiency and optimize food systems. 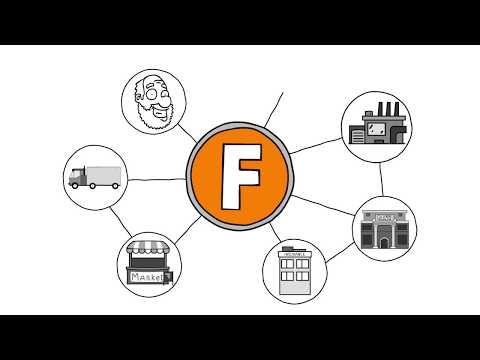 Food, in one way or in another, is the basis for business the activity of any person. Food production and sales are and will be growing as the population grows. Production of reasonable and quality organic products is a problem which becomes more relevant day after day. Small and mediumscale farmers are the producers of local natural food. According to FAO (Food and Agriculture Organization), the world counts with over 500 million farmers. The most of them are small producers.

However, the traditional business models which exist today led the major food brands and agricultural corporations to push the small and medium-scale producers and processors of agricultural products and foodstuffs out from the local markets. The globalization mechanisms help them to tighten their domination easily, using their own material and immaterial resources, on the markets of countries with less developed economies.

Long chains of agricultural products delivery used by transnational corporations, have led to a decline in the consumption of local products. That has led, in its turn, to a reduction of the number of small and mediumscale farms (data from the United States and Europe), increase of the average age of farmers (over 58 years), thus lowering the competitiveness, turning the heavily fragmented market of agricultural products and foodstuffs producers into the market of large corporations and intermediaries.

Therefore, as an example, even in the United States a farmer gets only 16 cents for every dollar paid by the final buyer for the products he has produced. 2 billion of people on Earth (mostly rural population) do not have any access to the banking services and are excluded from the modern economic processes.

We do not set ourselves the task to strive against the transnational corporations, and we don’t oppose globalization. We believe that these are all attributes of the current moment of the development of our civilization. Any form of confrontation leads inevitably to the destruction and losses. But we cannot ignore the economic, social and humanitarian expenses of the existing models.

So, our platform will be put up to provide an equal access to a global market of production and distribution of consumable goods for the large and small producers and consumers of agricultural products and foodstuffs together with the modern financial instruments. This might create a vast market of organic food with fair prices.