Filo is going to feature an open ecosystem with forthcoming APIs to enable service providers and entrepreneurs to easily integrate their services offering as part of Filo network. Filo is bringing technologies to interact mass-market consumers with service providers in Singapore, Malaysia, Thailand, Indonesia, Philippine, and Vietnam. 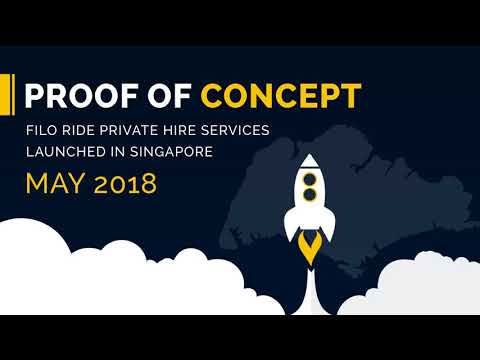 Tech companies like Uber and Airbnb have seized on this 'sharing economy' trend to build billion-dollar corporations facilitating false peer-to-peer transactions at a global scale. As central intermediaries and gatekeepers, they restrict access to their marketplaces and dictate the terms of each transaction. They represent a temporary, transitional step in the evolution of the decentralized economy.

The emergence of the decentralized economy had made the ‘middlemen’ obsolete. Service providers and consumers will be able to connect to each other on a global peer-to-peer scale in the decentralized marketplaces that are owned and operated by the participants themselves.

That decentralized economy is what we are here to build which would be done sooner than later.