Farad Cryptoken is the first of it's kind among the cryptocurrencies that exist in the market. The main difference of Farad Cryptoken is that, it is backed by real economic activity which is the production of Ultra-capacitors within actual factory settings. 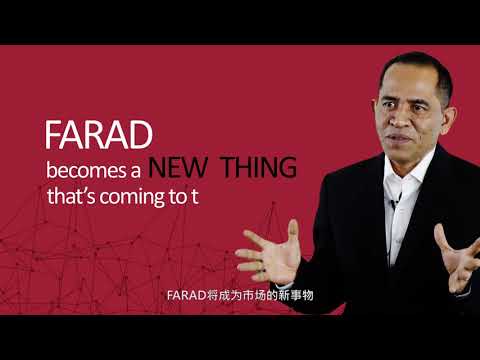 Farad Cryptoken is a crypto-currency within the Blockchain (Ethereum) ecosystem. Each Farad Cryptoken (“FRD”) represents the rights to the forward purchase contract of Ultra-Capacitor Cells produced by Guangxi Aerospace Beidou New Technology Co. Ltd. (China). The ‘mining’ of FRD is based on and 100% backed by the production of ultra-capacitor products and applications.

What is an Ultra-Capacitor and what can it be used for?

An Ultra-capacitor, also known as a supercapacitor or electrochemical capacitor, is a device for storing electrical energy which is growing rapidly in popularity. The design and mechanism of an Ultra-capacitor’s operation is somewhere between an ordinary capacitor and a battery, which opens up some interesting and valuable applications.

Like a battery, a single Ultra-capacitor cell consists of a positive and negative electrode, separated by an electrolyte. However, Ultra-capacitor store energy electrostatically, like a regular capacitor, not chemically like a battery - there is a dielectric separator dividing the electrolyte, also like a capacitor. The small separation between electrodes permitted by this structure lead to much higher energy storage density than a normal capacitor. Whilst an Ultra-capacitor stores less energy than an equivalently sized battery, it can release it much quicker, as the discharge is not dependent on a chemical reaction taking place.

Because no physical or chemical changes occur when charge is stored, Ultra-capacitors can also be used many times over without degradation.

Nafen nanofibers are able to change the mechanical and chemical properties of a variety...