The FanChain token (FANZ) is a unique hybrid token. It is ERC-20 compliant with ERC-721-style characteristics that enable each individual token to be embedded with team-specific metadata. It is the first cryptocurrency that knows your favorite team, unlocking a universe of potential for engagement, incentivization and rewards. The FanChain ecosystem is a decentralized network that enables teams, leagues, sports media platforms, publishers and social networks to distribute FanChain tokens to their most avid fans, most engaged users and most valuable content creators. Sports betting platforms, blogging networks, UGC applications, streaming services, rights holders and merchandisers can utilize the unique feature set of the FANZ token and the decentralized FanChain ecosystem to engage, incentivize and reward their users, subscribers, fans and customers. 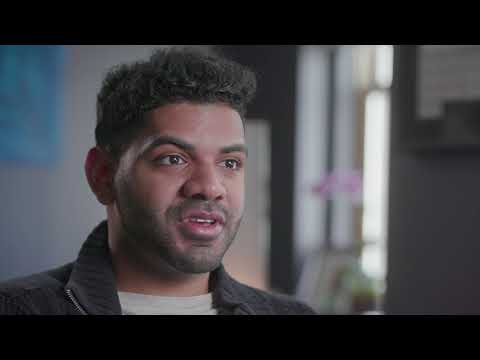 FanChain is developed by the team at SportsCastr, the live video streaming application that lets anybody in the world choose the SportsCastr, or be the SportsCastr. Previously, CEO Kevin April and CTO Peter Azuolas founded and operated SportsBlog, the largest open blogging platform for sports fans on the web. April and Azuolas developed the official players' applications for the NBA, NFL and WNBA.

In July of 2018, FanChain announced an official partnership with the NFL Players Association. The NFLPA became an equity stakeholder in the company, an agreement that marks one of the most mainstream adoptions of cryptocurrency to date. One month later, FanChain announced its official partnership with the WNBA Players Association as well.

FanWide, the world's largest network of team fan clubs, announced its partnership with FanChain in October 2018. The partnership renders FanWide the first "Mint" to join the FanChain ecosystem. With 100,000+ active users and relationships with over 10,000 bars, restaurants and sports venues across the US and Europe, FanWide will drive engagement and rewards by distributing FANZ to their international user-base.

Partners, advisors and investors in the company include David Stern, who was Commissioner of the NBA from 1984-2014 and is currently Senior Advisor at Greycroft; Steve Smith was an NBA All Star, NBA Champion and Olympic gold medalist before joining NBA TV as one of the network's premier analysts and on-air personalities; Charles Baker is the co-chair of O'Melveny's Sports Industry Group and has represented buyers and sellers of sports franchises in the NBA, NFL, NHL, MLB and MLS; and Donald Schupak, a career attorney and entrepreneur who is the architect of what Sports Illustrated and ESPN call "The Greatest Sports Deal of All-Time."

2. SportCastr only have very small network traffic base on Alexa index. So build up customer base may take longer than expectation. Recommend provide a mature marketing plan to convince investor.

4. Beta product on line, this is good.

Good project in my opinion. The vision that they have is to dominate the entire ecosystem for sports and fans. A good use of ERC721 as well for unique identity. However, team might be a little to small to accomplish this. I highly recommend hiring more blockchain technicians. And also, hard cap is way too high at approximately $70 million. Would recommend lowering it considering the current bearish market. Either ways, will be following the project closely.

This is an example of a good use of the technology, and if implemented well then they could ecosystem. It's good to see the KYC has been passed, however I feel they need to increase the size of their team to increase the chances of success.

FanChain’s vision is to dominate the sports industry by using cryptocurrency to encourage customers of betting platforms, streaming services, among others, to engage more with the sports media industry.

I’m curious to see how the partnership between the sports media industry and blockchain will play out. Hopefully, for this project, we’ll have a win-win situation.

There will be 330,000,000 tokens up for sale when FanChain’s ICO begins in February next year, but so far investment information regarding the soft cap and hard cap are yet to be released.

I can confirm that the team is real and definitely involved in their project, i met Kevin in new york during the token match event and their presentation was certainly one of the best one.

Their team has passed the KYC. However, 7 team members and 5 advisors is not enough to implement a project. You need more numbers. Unless you will outsource things, but in that case you should mention it.

Aside from this, they have an MVP available and it looks good.

Team is the key point. On boarding strong profile will help.
MVP is working but the niche is really competitive and adoption and retention are the major risks for this project.
Marketing Strategy will be the solution with unique features and amazing UX.