Ethorse is an Ethereum Smart Contract based working DApp with users betting on the coins/tokens to win from everyone who bets on other coins/tokens. Winners are decided based on the highest price increase % in a specific time period. Bets are placed and rewards are claimed in the dApp using Metamask plugin or Mist. Being completely secured by the blockchain, no one has control over the race or user funds once a contract is deployed and a race is announced. 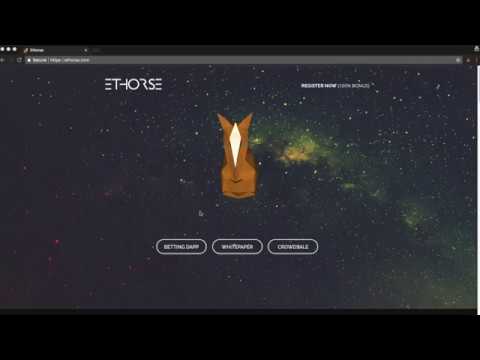 The core team comprises of three individuals. They share the responsibilities of programming in Solidity, React.js, Redux.js, HTML, CSS, graphics design, strategy, business development and community management. The team prefers to be anonymous. All the work that is produced so far is done in-house, including the working beta that is released to the public. Inspired by projects such as Etheroll, the team wants to follow a similar path. As of November 20, the team has made 117 commits to the open source code repository on GitHub and it’s growing with the team being active almost every day pushing the code. The team will continue to deliver as per the roadmap. The vision is for Ethorse to be owned and supported by the community so discussions and inputs are always welcome in the dedicated communication channels. Ethorse welcomes anyone to build their own applications using the Ethorse smart contract.