Etheraffle, the world’s first charitable blockchain lottery. Decentralized and powered entirely by smart-contracts on the blockchain. Built to provide funding for EthRelief: A DAO controlled platform for charitable giving and largest source of decentralized altruism in the world. 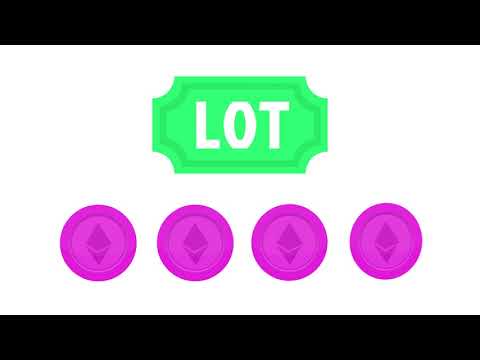 Etheraffle is an already existing, fully working and richly featured blockchain lottery ÐApp powered by ethereum. It is the only ethereum blockchain lottery to mimic the format of real world lotteries in order to provide familiarity to players, larger payouts due to the week long accumulation of prize pools, and security against the miner—centric attack vectors.

Etheraffle’s UI is designed to provide users with as friendly and seamless an experience as possible, allow them to interact with the blockchain in layman’s terms, simply, and without the confusion. Those visiting the ÐApp via browsers unable to communicate with the blockchain are detected by the ÐApp itself and offered methods by which to get connected. Via large prize pools and an easy-to-use interface Etheraffle aims to entice non-ethereum users into cryptocurrency ecosystem.

All user interaction with the App is facilitated via ether, including the ticket prices and prize payouts. All prize payouts are available to the user in full regardless of size, and in a single transaction, directly into the withdrawer’s wallet.

The UI provides simple and intuitive means to both enter the draw and withdraw winnings in as simple a way as possible.

The entire lottery process is fully automated by the Etheraffle smart-contract and needs no outside interaction. Fail-safes within the contract ensure that in the event of unforeseen errors, players are able to enact ticket refunds.

Rigorous testing has been undertaken during its development. This testing is likely to continue by the community itself once the contract’s prize pools grow and incentivize novel attack methods. We encourage this and going forward. A portion of ether raised during crowd-funding will be used to provide bug-bounties on the Etheraffle contract and any further contracts as and when they are published.

All Etheraffle smart-contracts are publicly viewable and auditable in their entirety by anyone via etherscan2. The source code is readily available and future contract’s source will be made similarly accessible.

Play on Etheraffle requires no sign-up, no user-name and no email addresses. Etheraffle stores no data beyond what its smart contracts hold: The ethereum address and corresponding selected numbers. The process is entirely anonymous and impartial and fair.