Founded in Singapore, with offices in Palo Alto, Beijing. EOT foundation is dedicated to empower developers to create more games to our users. Our mission is to bring cryptocurrency to more people through dgames, as game is the best way to educate people about new technologies. 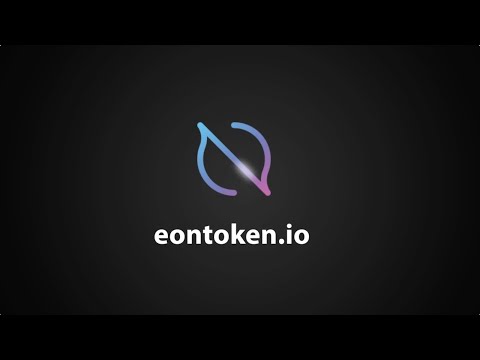 1. Track record in blockchain tech: has launched a successful crypto game called CryptoAlpaca, which has 200k+ registered users, 50k+ ETH holders. Those users are from 100+ countries.

3. Advisors: they have rich experiences in blockchain and gaming, including the founding director of USC Game department (No.1 Game department around the world), early investor of Ripple/Coinbase.

Great experienced team, with different dApps already up and running and great team members. A very straight forward project. Good luck team! I am pretty positive that the first mass dApp will be a game.

Team is solid and strong but still thin for such a big project though.

Love the vision as I personally think that playing game is the best way to educate people about new technologies and I have experienced this in real life.

MVP is good too and wish the project a great success!

Team, Vision and Product is right on the dot as I am of the same belief that gamification is the best way to educate people about new technologies. I spent some time in this country to know dedication and forthrightness among the developers. Push on!

This project meets all the criteria for the great company. Team members and advisers are fantastic and products already released are highly rated by many people. I can't wait the next step.

Strong partnerships and team. Gaming is an industry where blockchain technology can thrive. Developers are always looking for better alternatives to sell, advertise and develop games. Will be important to get a lot of gamers, but equally as important to get indie devs to continue making games for the platform/token usage.

With good team, a solid vision, and great partnership.

This one is one to watch out for. Gamification has become an important tool of the new century. And there is a need for blockchain education and awareness creation now so i guess such is a good push.

Vision is good and unique. There are many startups and ecosystems for gaming industry but your concept is unique.

Team is good but not enough as you need expert on blockchain and game development too.

Good luck and eager to test this soon.

Team+ (good guys with blockchain work experience)
Good vision+
MVP+
Product rating 4 because it's games.. Not serious for me. Wish the project a great success!

EON Foundation is founded; CryptoAlpaca is under development

EOT token is integrated with CryptoAlpaca; Proof of concept and prototype development of EON Protocol

Hoard is about to change the future of the video gaming industry by facilitating True ...