Elrond is a novel architecture which goes beyond state-of-the-art by introducing a genuine State Sharding scheme for practical scalability, eliminating energy and computational waste while ensuring distributed fairness through a Secure Proof of Stake (SPoS) consensus mechanism. Having a strong focus on security, Elrond’s network is built to ensure resistance to known security problems like Sybil attack, Rogue-key attack, Nothing at Stake attack and others. In an ecosystem that strives for interconnectivity, Elrond’s solution for smart contracts offers an EVM compliant engine to ensure interoperability by design. 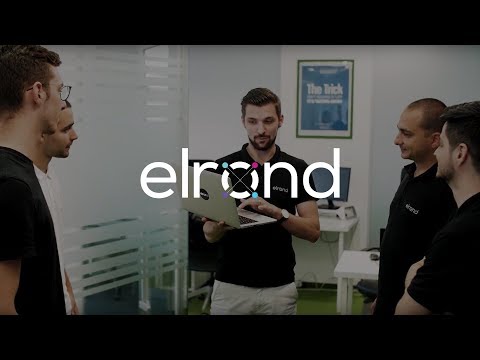 Adaptive State Sharding - Elrond proposes a dynamically adaptive sharding mechanism that ena-bles shard computation and reorganizing based on necessity and the number of active network nodes. The reassignment of nodes in the shards at the beginning of each epoch is progressive and nondeter-ministic, inducing no temporary liveness penalties. Adaptive state sharding comes with additional chal-lenges compared to the static model. One of the key-points resides in how shard-splitting and shard-merging is done to prevent overall latency penalties.

Elrond solves this challenge by:

Secure Proof of Stake  - As an improved variation of Proof of Stake (PoS) that ensures long term security and distributed fairness, while eliminating the need for energy intensive PoW algorithms. Elrond introduces an improvement which reduces the latency allowing each node in the shard to deter-mine the members of the consensus group (block proposer and validators) at the beginning of a round. This is possible because the last block's aggregated signature is used as the randomization factor. In addition to the stake factor generally used in PoS architectures as a sole decision input, Elrond refines its consensus mechanism by adding an additional weight factor called rating.

New binance ieo is coming. The hardcap is even smaller than the previous ones - 3,2 mln vs 5 mln. Lottery type ieo distribution. Highly likely it will be many X after listing. Funny fact they had ico before that makes a good example for other previous icos how to benefit from the current ieo hype

I have analyzed the provided documentation of this project.
They have a balanced team that looks capable of bringing this project to its full potential.
Their idea may not be quite the first of its kind, but I am confident that their vision will make a difference, as they seem pretty determined to make it work.
They have an MVP medium post available with details about their progress, even though I would've loved to test an actual Demo.
Overall, the project looks good and I wish them good luck in their venture!

This is quite an eye catching and interesting project. They have a very good team with blockchain knowledge and experience spread across it. They also have a good vision and a clear white paper, I look forward to seeing this one develop

We can definitely bet on Elrond to be one of the most interesting projects this season. The team despite not consisting of c-level executives from international corporations, has something that is much more important: “blockchain industry expertise”. These people are real, they work every day together in the office and they are doing it for a bigger amount of time than some of the already tradable projects that have not delivered anything despite raising millions. Elrond did not open any funding rounds until they had concept validated and tested which one and a half year of self-funded development.

A very technical team with extensive experiences in the field, maybe need more specialized advisor.
There is many innovations and new tools to look at in this market, big potential
The MVP is a bit lacking

About the product, I have read their MVP post on their Medium account and it looks good.
The team looks motivated by the way they formulated their materials and they give me the feeling that this might be a legit project.

Here is verry interesting project, the concept is quite inovative, the Team seams to be highly skilled which can lead the project to a great success. The communication is also interesting even if I have some doubts about the MVP. With more specialized Advisors, the project can change everything! Good job

Head of Marketing and PR