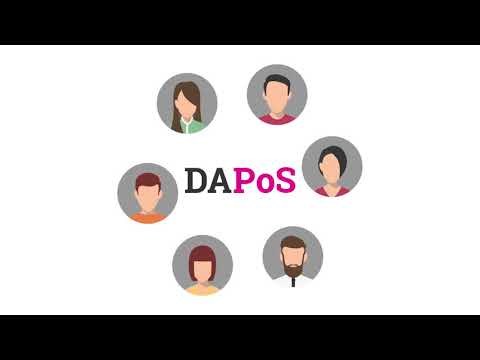 Dispatch is the first blockchain protocol to leverage on-chain smart contracts to manage distributed storage of application data off-chain. The smart contracts “program” how data can be accessed, governed and linked, like a traditional SaaS-based centralized architecture. Dispatch enables business applications to easily migrate to blockchain without sacrificing speed or functionality. By moving to the distributed architecture of blockchain, these business applications become much less susceptible to hacking or security breaches and cheaper to deploy and manage.

The Dispatch protocol extends the functionality of blockchain by integrating the management and distribution of off-chain artifacts, or programmable data on the private Dispatch Artifact Network (DAN). The Dispatch blockchain is a shared ledger that grows linearly while the data managed by the chain grows exponentially. Dispatch enables the decentralized management of data storage, allowing for Dapps that build and run operations on the access, distribution, and manipulation of that data.

Dispatch solves for transaction speed and size scalability issues with a combination of existing and new protocols. Dispatch uses the novel Delegated Asynchronous Proof of Stake (DAPoS) consensus algorithm to process orders of magnitude more transactions per second than Ethereum or Bitcoin with no transaction fees and introduces the Dispatch Virtual Machine (DVM) to allow the creation and execution of stateful programs using the blockchain’s shared state. The DVM enables the execution of smart-contracts to handle artifact operations, and lets Dapp developers build apps that require both the storage of data, and the running of operations on that data. Data is stored within the Dispatch Artifact Network (DAN) and governed by distributed protocols like Make-itHappen(MiH).

Dispatch is a fundamental evolution in blockchain technology. Dispatch’s architecture facilitates many use cases which are not possible on existing blockchains. Content Delivery Networks, streaming services, peer-to-peer marketplaces, and big data analytics are just a few of the use cases which will now be able to transition to blockchain with Dispatch. Dispatch is both a decentralized network where Dapp developers or individuals can sell, distribute, or store files, content, information, and data; and a framework for future data intensive computational applications.

Director of IT and Security Operations

Chief Director at The Bureau