Diagon is a global eSports ecosystem for competitive gaming with three exclusive & innovative features: DiaArena, DiaBet and DiaExchange all for everything related to eSports; DiaArena will enable users from all around the globe to contest in different eSports tournaments; DiaBet for lovers of eSports, which will enable users to stake at eSports tournaments ongoing across the globe through Diagon’s ecosystem; DiaExchange for collecting and trading digital collectible card games and sending Diagon Gift Cards. Diagon Coin users will be able to perform all transactions in its innovative eSports ecosystem, which includes: competitive gaming, staking, trading and making virtual and real purchases. An emerging market for great revenue generation. - Over 215 million Occasional viewers. - Over 260 million eSports enthusiasts. - Over $1 Billion in revenue generation in 2019. 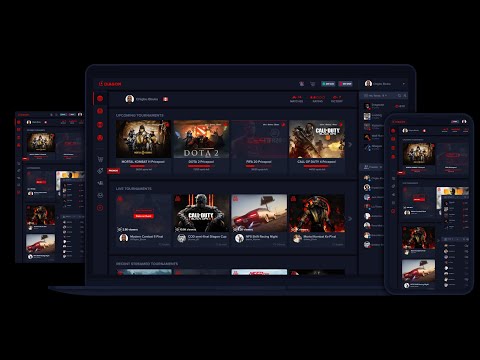 Diagon Coin will be the sole virtual currency that will be used to perform every form of transaction in Diagon’s innovative eSports ecosystem. With Diagon Coin, users will be able to perform all transactions in its innovative eSports ecosystem, which includes: competitive gaming, staking, trading and making virtual and real purchases. Diagon Coin will offer its contributors a unique edge with its value to trade against other cryptos.

Diagon ecosystem will enable secure, frictionless transaction between eSports enthusiasts, developers and everyone onboarding our ecosystem.

DiaArena
We are building our platform with the implementation of DiaArena uniquely for eSports activities. DiaArena will be primarily for hosting eSports tournaments online and offline. Diagon users will be able to initiate tournaments, join ongoing competition and tournaments etc.

The eSports industry has seen tremendous growth over the years, both in terms of viewership and revenue. The increasing viewership is what mainly contributed to the revenue growth.

The Global eSports Market generated $748M in revenue in 2015, and currently has hit the $1B mark in 2019 and is expected to grow to $1.7B by 2021. North America and Europe comprise 52% of the market as they continue to invest in the space rapidly. U.S. media conglomerates such as Disney, Comcast, and AT&T are already looking into content rights for eSports.
Since 2016, there has been a significant increase in eSports viewers - both occasional viewers and enthusiasts, i.e viewers who watch it regularly. Between 2016 and 2017, there was a 19.3% increase year over year. In 2017, there were 192 million casual viewers and 143 million enthusiasts, making the total audience 335 million and is expected to grow to 557 million viewers in 2021.

WHY JOIN THE DIAGON PROJECT

You do not have to be an eSports enthusiast or Professional to join the Diagon project.

I don't see any kind of innovation here. existing idea. I clicked on MVP link and it take me to a medium post. I don't know which kind of MVP is this. I would love to try the mvp and after try I would love to change my rating.

Update rating: team give us some information about the project which looks good. Best of luck to the team.

All the people around see and very clear got the phenomenon: E-Sports goes viral all over the world. That’s why “Diagon” here - global competitive esports ecosystem with stable DGN coin. Enjoy 1to1 or group games around, do stake, trade and use the coin to pay for any eSport stuff - it’s new big goes viral virtual world based on our view on next decade - let’s make it happen together!

Team - Strong team for the erea they are operating enhanced with Top ICObench Expert
Vision - Amazing Vision as stated in the whitepaper clear and well structed.
Product - Amazing product can make changes in the blockchain industry.

Ideation: The idea for building a decentralized eSports platform that will solve the need for the ever demanding and growing eSports industry.

Diagon was formed with a vision to provide
a decentralized esports platform across
continents, catering for different stakeholders need.

Launch of a fully engaging eSports ecosystem with all stunning features.

Diagon to be fully operational with a progressive integration of more stunning features.