The Internet Computer. A blockchain computer with unlimited capacity, incredible performance and algorithmic governance, shared by the world — Cloud 3.0. 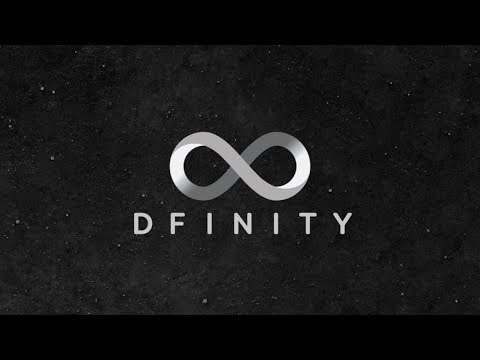 Speculation around this is high.
Lots of claims though.
Good pre sales.
primetrade.ai speculation report also shows good support for this.
Should complete the ICO as well.

Dfinity is an ambitious project which seems to be targeting both Cloud computing using A.i. routing optimization, additionally they say they want to create a decentralized Gmail and to become the 'NASA for decentralization'. They market themselves as a 'sister chain' to Ethereum, what this implies is kind of fuzzy. They say they want to work alongside Ethereum, but at the same time they say they willl be able to do everything that Ethereum can but a lot better. They provide no clear information regarding whether or not tokens can be launched on their parent chain but since they say they can do everything Ethereum does, I think the answer is yes.

Their idea of Cloud computing A.i seems well designed, but as we see it, it has shortcomings such as the massive amount of storage, computing power, and bandwidth connection speed needed by decentralizing this massive industry, which might hinder their grand plans. The white paper is highly technical with about 50% being mathematical equations, considering the large number of academics in their team this may not come as a surprise. We would have liked to see a combination of more easy-to-understand presentation of their technology, or a secondary explanatory paper released alongside it.

The project has been in development for over two years with their testnet being launched back in October. As of now, they have raised over $101M from some public investors but primarily from Polychain Capital and Andreessen Horowitz, two well recognized investment companies.

The team has for the lack of a better word some all-star players with former employers including Google, Facebook and Intel. Additionally, their academic backgrounds are filled with PHDs etc in areas such as Physics, Cryptography, Computer Science, etc. So there is no shortcoming of relevant educational background and work experience required for such an undertaking.

Dfinity is based on a next thesis “AI = Law”. The security of such a network will be based on the votes of network participants and the traditional mechanisms of AI, which are able to instantly calculate vulnerabilities, and in case of penetration, painlessly “roll back” the network back. Such a network allows you to dynamically optimize the economic parameters of the network, update the protocols and various applications, without disrupting the system. In sucha= a blockchain, a problem of speed and scalability can be finally solved, thereby leading to adoption by numerous applications and users. Dfinity has introduced a very promising token utility case. Dfinities are system tokens that will be used in almost all network activities. Let's see how these features Will work togheter !