CuraServe™ is a complete healthcare ecosystem that improves drug adherence and brings game-changing benefits to patients and healthcare providers. We use a series of outreach tools and messages, supported by predictive modeling and behavioral analytics, to increase the rate of drug adherence. As our CuraServe™ solution helps patients, it’s also generating a vast amount of patient data. That data is then anonymized and made available through CuraData™. The only way that pharmaceutical companies, academics and researchers can access this data by purchasing CuraTokens™. 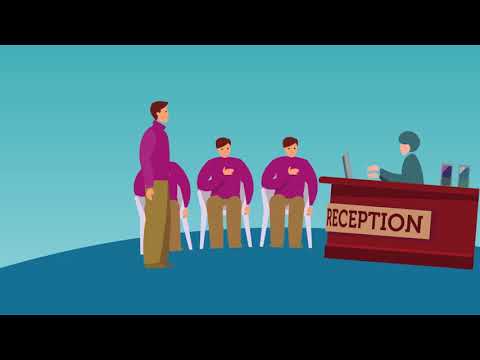 We’re solving an enormous real-world problem by helping patients take their medications properly
Every day, millions of people fail to take their medications as prescribed and the resulting personal and financial costs are staggering. Worldwide, non-adherence results in $700 billion in avoidable medical costs.
The data we create is unique and has enormous value to pharmaceutical companies, researchers and governments.
Every time a patient uses our CuraServe technology, our data grows in utility and value.
Curaizon™ solves drug non-adherence problem by deploying our technology through national health services. As part of our solution, we collect fully anonymized data about how and when patients take medications.
CuraTokens™ are the only way to access our data. Tokens can be redeemed to access the data, which will advance medical research, drive down healthcare costs and save lives.
The value of a CuraToken™ is based on a real solution to a real problem.

I had a long review of the project with the Founder that was very worthwhile. I have invested in bio and med device projects as equity plays and also like big data so this one interested me. The team are experienced in business and have proven track records that I was easily able to validate with my network. The impact of the project can be significant with costs savings and also enhanced health of patients. Pipeline is interesting and data collection can be rapid . Dev strategy is good with a fast go to market.
Overall I like it a lot, its the type of project that I believe is making use of big data well and where government departments dont excel and need private companies to help. I like the tokenomics overall and am pretty bullish on this

Well i would stay away from this ICO people claim that they have raised the hard cap but they are still looking for investors in some other ways.

That raises a big red flag, why asking for more money, after reaching the hard cap? Well if they need to have more money, they should have said and announced it from beginning, and do press release about it. Now investors who bought these coins will not be so happy if they hear the news, well i mean $25 million dollars for such a project is really so big, this is another red flag.

The team is really maybe good in business, but it does not mean they can run a blockchain technology, specially there is no one in the team as i see, that is an expert in blockchain technologies, we want to know who are the lead developers, who is behind this software, where is the Beta, there is nothing, it all sounds that is an attempt to raise money for a software that would not even cost 100 thousand dollars.

I do not see any value in this project at all, i would stay away, cause it is a big risk, and almost no adoption will be available for this one. I see they have a charity too and after digging a little about cura charity, i found out that almost no movement, only about few thousand pounds spent in that charity since 2013, it is another red flag for a charity that existed since 5 years already. And now they want to give 10% of their profit to the charity.

Well amigos, also the product as a data collection one, is hard thing to run, specially with the new GDPR, they want to make it look so easy to collect people's data, but regulations and people are against someone collecting info about their privacy and personal life, specially what relates to their medical states, as many people tend to hide that.


I think they should rather ran a donation campaign to help their charity which has been there for 5 years, rather than creating this ICO which will never have any value in my opinion.

People can check all the data is online. Hopefully they can prove themselves and answer the questions or many advisors will rate them low.

You can search for the internet for more proof, the company is threatening to sue me, i said go sue me, and also i am going to report to SEC and other authorities.

What i have written above is my opinion and my results of search and my personal review about the project, if the company can provide facts about what i have questioned above, then only i can change my rating.