Cubomania is the first global company that aims to reshape the education industry in order to ease creation and distribution of customized educational content for children, give teachers an opportunity to express their talent. We strive to make children all over the world acquainted with a new level of gamification as well as a completely new system of obtaining knowledge as we believe in developing mental abilities and imagination as well as promoting love for learning. The way we do it is by creating an educational platform with its own operating system for kids’ watches, tablets and other IoT devices. Members of the education industry will have an opportunity to offer customized interactive educational programs directly to the market as the platform operates using a decentralised payment system to ensure safe transactions. Finally, manufacturers of smart devices for children will get an opportunity to integrate with the platform, thereby increasing value of their products. 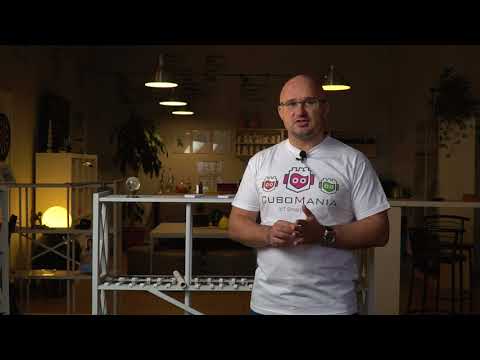 Agreement between prospective students and content providers will be attained with the least possible involvement of intermediaries through Ethereum-based smart contracts.

An eco-system player that acts as a Creator of educational content (a teacher, programmer, coach, etc) places their CV in the eco-system depending on the topic of the content they create. An eco-system player that acts as a Customer finds their CV using a system of tags.  The Customer needs to have a customized education program developed. They strike a deal via a smart contract. The contract sum is blocked on the Customer’s balance. The Creator makes a requested program. The program is then checked by a moderator. After the approval, the program is downloaded on the Customer’s device. The smart contract is regarded as executed, and the tokens are sent to the Creator of the requested education program. According to the conditions that the participants agreed on:

Any person that is expert in some field of knowledge and that would like to become a participant of a decentralized educational platform registers on our platform. We provide them with templates available on the Cubomania platform that will enable them to create content and design a unique character on the Ethereum blockchain platform, using a database of educational programs available on the platform. Tokens are used as consumables. The program is then checked by a moderator. This content gets attached to the character and becomes a digital asset with ownership rights that are registered in the blockchain. Further, there are 3 possible scenarios.
1) The Creator has an opportunity to keep the character and use it. At the request of the Creator, data on the character are recorded in the blockchain.

2) The Creator can present their character as ‘a model’ so that other eco-system players could use its ‘genetic’ structure for creating improved characters that are more complex in nature and able to demonstrate more complex modes of interaction. The Creator keeps ownership and authorship rights.

3) The Creator can sell the character on the marketplace for Cubo tokens and, at will, promote their character in the ‘Learning characters’ section using tokens. If someone purchases the character, ownership rights are transferred to the Customer.  This information is recorded in the blockchain. The Creator gets tokens. Tokens used for creating and promoting a character are burnt. Having received tokens for selling the digital asset, the Creator may convert tokens into fiat money.

The token will have the following functions in the Cubomania eco-system:

CUBO token will provide access to the Cubomania game-based learning platform.
CUBO token guarantees discounts for cubes. Any user can buy the product directly from the Company from anywhere in the world without waiting for the product to appear in local stores.  Charges in tokens are always 40% lower than charges in Fiat money. If paying with fiat money (using either Visa or MasterCard), the exclusive discount for Cubomania eco-system players is not applied and the toy is sold at full price without a discount.
CUBO token will be used in smart contracts as a means of payment between creators of educational content, partners and participants of the platform. Thus, CUBO token will guarantee mutual fulfilment of obligations, for example, a means of payment for products and services such as educational programs, individual plans, classes with tutors or educational advisors, educational centres, online schools, colleges.
CUBO token is used as a means of payment in the Cubomania Bounty program.
CUBO token will be used as a Tool for the CuboBuddy game. CUBO token will be used for acquiring behavioral characteristics in order to create learning characters.
Using CUBO token as a reward  in the Incentives program from external companies, creating content.
CUBO token will be used for getting access to digital assets such as student transcripts for concerned organisations (big data), learning characters and education programs.
Buying a toy, a user will get a certain number of CUBO tokens depending on the type and model of the cube. These tokens start to accrue after the user registers in the ecosystem.
Getting tokens as a reward for daily activities performed by a child, learner, student.

Very amazing idea and use of blockchain.
Very experienced team with background with education which makes them great for this kind of platform.
I think some partnerships with educational platforms or institutions would put Cubomania among some of the best ICOs in Education. Good luck!

Nice product and clearly perspective industry. Good legal stucturing and as i see the US participants are not allowed – you have to show it up in your ICO profile here n ICObench.
There's also a need to make team a bit stronger, may be with new advisors though.

This team is thinking three steps ahead. Great vision. Product is content driven and makes an overwhelming adoption seamless and simple. The team has no corporate longevity but the skills and learning capabilities are there.

CEO and Founder of Master of Code

Director of Events at The Moving Heads