A Scientific Publisher and Asset Manager on Blockchain

Crypto Commonwealth is a scientific publisher and asset manager on blockchain that aims for the welfare of the most. We designed rich tokenomics for our publishing and investment ecosystem. The global COMM payment network endows all explorations of new knowledge with value, revolutionizing the value seeking processes in both industries with fair compensation. We have a professional portfolio management team in conventional assets and cryptos. The platform enables quantitative researchers to focus most of the time on alpha modeling.The fund and publisher operations as well as alpha and content mining promote diverse use cases for our COMM token. CBND or ‘C Bond’ is the world’s first Crypto Bond. It shares certain features in common with Convertible Bond in the traditional market but with significant simplifications. The token sale is essentially on the crypto underlying, COMM, the main token issued by Crypto Commonwealth, with three different lock periods: CBND6 for six months, CBND3 for three months, and CBND for one month. When these locks are over, 1:1 and one-way redemption would be offered to convert each CBND to COMM, the main token. This will be done via either smart contracts or trading pairs in prestigious exchanges. For each CBND (including CBND3 and CBND6) issued, the same amount of COMM is locked until the day of redemption, preventing any possible inflation on the COMM supply. All redeemed CBNDs would be burnt immediately by the COMM team. The remaining and circulating CBNDs in the market, if any, would share the same tokenomics with COMM and continue to persist. We are actively designing and developing a dedicated COMM mainnet, which absorbs major advantages of best crypto projects and will support text or file storage too. In the future, all issuance of new strategies, standalone and copyrighted materials such as books and publications will be based on the COMM mainnet. We invite distinguished portfolio managers to host their strategies with us. And we already own many good strategies across global instruments to tokenize. Moreover, we have several books scheduled for publication with the COMM ecosystem, and will invite excellent authors to publish their books or preprints, raise initial funds and prepare for massive dissemination. All these subprojects will be based on the COMM mainnet, or migrated to it eventually. The COMM ecosystem will support issuance of new tokens at ease, and incubate the best of them for fundraising and commercialization. The fundraising of subprojects in COMM would start via smart contract even before the mainnet goes online. This may be the first step of our mainnet development. 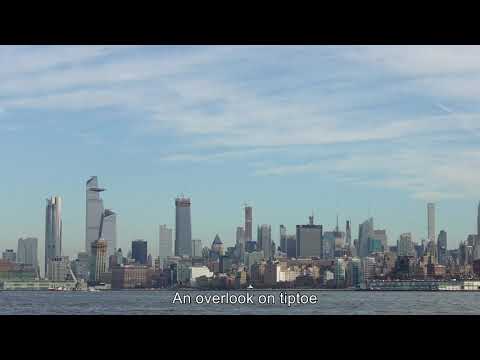 Consensus is highly valuable. It has paramount power to promote massive collaboration. And thanks to Nakamoto’s ingenious design, cryptocurrencies securely store and transfer the value of consensus. Apart from stable coins, the majority of crypto projects embrace two vertices of the Mundellian Trilemma: monetary autonomy and free capital flow. Now, how should one evaluate these monetary policies? A useful illustration is the Seesaw Mechanism - the more open-minded and willing to benefit the welfare of society, the more likely they would acquire and maintain higher market capitalization. For this very reason, bitcoin has gone through and survived a baptism of fire since its birth in 2009. It was declared dead hundreds of times, yet each time rose from ashes and reached new highs. Humanity entered the consensus era thereafter, and eventually obtained a powerful societal tool to achieve financial fairness and democracy. Proposed by Friedrich Hayek and ultimately realized by the cryptos, the free competition of currencies enables consensus-based, bottom-up, progressive, peaceful and sustained wealth redistributions, which, upon the execution of righteous monetary policy, can fundamentally increase fairness in the distribution of social achievements and foster the continuing growth of civilization.

An overlook on tiptoe is no match for a distant view from ascended heights. As the cornerstone of social progress, scientific research generates value by following the law of large numbers and the neutral theory of evolution. With every scholar striving to push the boundaries of knowledge, more will definitely stand on the shoulders of the giants, as well as accomplish great academic achievements.

The Commonwealth Foundation is dedicated to endowing all explorations of new knowledge with economic value and returns. We endeavor to advance the frontiers of multiple disciplines, to sponsor various types of research and projects, and to improve public welfare. Together, let’s build with the blockchain technology a safer and fairer open-source digital world.

A refreshingly unique project, tokenomics makes sense and WP is well laid out, very detailed and all the relevant information.

Apart from an experienced core team, this project has a string of reputable and highly skilled advisors, some of whom I have had the pleasure of working with before