An Ethereum Based Racing Game

Crypt-Oink is a game by Good Luck 3 Inc which utilizes Non Fungible Tokens (NFTs) based upon the Ethereum Standard ERC721. CryptoKitties players can also enjoy an exclusive experience in Crypt-Oink, and enter an exclusive race with a 3D RoboKitty on the pig’s back to win Special Edition CryptoKitties! Each ERC721 token, called a “Crypton”, has its own unique set of traits and appearances allowing over 3.6 Trillion possibilities. We are able to produce life-like creatures with genetic information upon the Blockchain. Enjoy purchasing, breeding, and raising cute or cool Cryptons they find to their liking. Similar to real-life horse raising, one’s Crypton can be raised and actually raced on a 3D Digital race track. A raised Crypton can be put up for sale the marketplace at a price of the owner’s choosing. 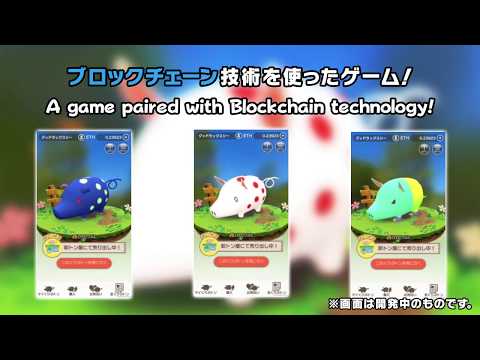 About Crypt-Oink on RAKUN Project

On the other hand, within the gaming world now exists non-convertible Digital Assets called Non Fungible Tokens (NFTs) which have quietly, but earnestly come to redefining how fundamental games and digital economies can function.

The first popular NFT which took the world by storm was the Cat collecting phenomenon, CryptoKitties1 , which traded a single Cat NFT for a record high of $170,000 USD. It is blockchain’s ability to secure ownership of digital assets of such appraised high value that gives it uniqueness and the potential to largely change the behavior of forthcoming games and players alike.

This uniqueness of a guaranteed sword, shields, characters and more as NFTs mimics the real world concept of collateral and transactions of goods with perceived value. As the time and money spent in games by players changes to be assessed in the form of NFTs, a method of digitization of assets into the digital world becomes introduced. Ready Player One2 , a movie released in 2018 contains a Virtual World called “OASIS” which came into being by 2045 where numerous games allowing people to gain digital assets are wildly popular. The same concept of Oasis is being actualized by the advancement of VR, AI and blockchain.

We are advancing the digital world by constructing a new type of communication platform where asset management, content, and users are well connected enabling various modes of self-expression possible via NFT content, transactions, and varying games.

Crypt-Oink is a game by Good Luck 3, Inc which utilizes Non Fungible Tokens (NFTs) based upon the Ethereum Standards ERC721. Each ERC721 token, called a “Crypton”, has its own unique set of traits and appearances making over 3.6 Trillion possible. In other words we’re able to produce life-like creatures with genetic information upon the Blockchain.

The idea of Crypt-Oink incepted.

Crypt-Oink Launched as the first game.

Cryptoldol launched as the second game.

Crypt-Oink achieves No.1 ranked in Dappradar.

Launch of purchasable Crypt-Oink items and assets with RAKUN Token.

A new game will be added, the RAKUN Reward System and Asset Management System will be improved.