The Sharing Economy For CPU/GPU Power

CPUcoin is developing the Content Generation Network or CGN. This decentralized Infrastructure-as-a-Service solution drastically reduces cloud infrastructure costs by creating a new sharing economy for unused CPU/GPU power. Our technology enables anyone to install our miner client and collect funds for their unused compute time A new certified utility token called CPUcoin will enable any-sized organizations to pay as you go. The CGN effectively eliminates the hassle and high expenses associated with provisioning, managing and scaling applications on a global scale. Think of us as the “Airbnb” for CPU/GPU compute power and a platform for automatically deploying and scaling Decentralized Services and DApps. The CPUcoin team combines industry expertise & proven records in serial entrepreneurship and large-scale multi-billion-dollar infrastructure solutions. We have done it before, and are doing it again in the crypto/blockchain space. The Content Generation Network will be launching with a built-in customer base. This will ensure full adoption of the network from day one. The first decentralized service to run on the CGN, MediaRich, currently powers multiple Fortune 500 companies including Walmart, Adidas, Warner Bros, Sony Pictures and The Department of Energy. The MediaRich core technology has over $100MM invested in R&D alone to date. 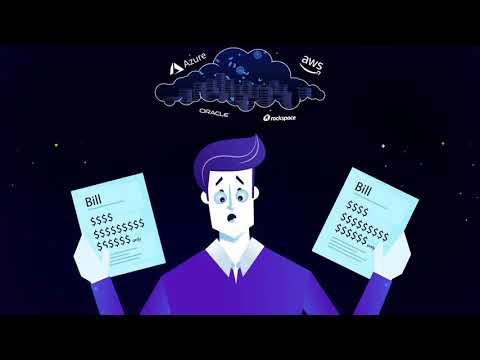 CPUcoin is developing a first-of-its-kind Content Generation Network (CGN). A unique, flexible, and scalable Infrastructure-as-a-Service offering targeted at the needs of B-to-B. A distributed system for delivering services powering DApps (Decentralized Applications) – both consumer AND enterprise-class. The CGN is a general-purpose ecosystem, uniquely architected to excel in providing services that meet demand in real- time, processing requests to perform the specialized work needed to generate and deliver content for DApps on a global scale. CGN ecosystem work is transacted exclusively using our new utility token, the CPUcoin.

What makes the CGN unique is a design capitalizing on vast amount of unused CPU power available worldwide, enabling a new sharing economy for CPU resources. The CGN amasses a pool of computational power of inconsistent capability and availability and reshapes it into a massive, powerful and coherent infrastructure, one which provides overall consistent availability with excellent performance. Due to the relatively low value associated with idle CPU power, we can offer a lower cost means of delivering services. We have coined the term DService (Decentralized Server Application) to mean any service built or adapted to run using the CGN.

The sharing economy for CPU power can be likened to a sharing economy for rental space. If you plan to travel away from home for a while, you may choose to use a service such as Air B&B to rent out rooms in your home to short-term occupants while you are away. The occupant, pleased to have access to a wide range of accommodations, will pay for the privilege. Whether you rent or own your home, this extra income can be used to offset your living costs. Likewise, if you need a place to stay while you travel, you can use the same service as a consumer to quickly find short-term lodging while you travel, paying only for what you use. Sharing economies improve efficiencies for society by making better use of resources that already exist.

Our proposed service will work in much the same way, with housing as a metaphor for computer power. Server software also needs a place to reside, and like housing space being both provided and consumed from the available unused housing pool, server space can also be provided and consumed from the available pool of unused computational capacity. We like to say our proposed service will be the Air B&B of CPU power.

We have focused our efforts on providing an infrastructure platform anyone can connect to, which means new DApps can make use of existing DServices already powered by our CGN. It will also be possible to create new DServices, deploy them to the CGN, and use them to power your own DApps.

Importantly, to validate and prove the viability of the design and robustness of our platform, we have initially developed and delivered one much-needed DService, and are readying it to power an actual enterprise application by both moving it to the cloud and upgrading its overall capacity and scalability.

We started with an existing premises enterprise image-processing application called “MediaGen” and ported a large subset of its proven media generation technology stack, thereby creating the first DService. This DService, called “MediaGen” provides on-demand, focused, scalable and secure visual content processing. This will bring far greater power and scale to dApps that use MediaGen, such as Publisher, which have already been put to work in some of the largest companies in the world for many years.

We have already released a functioning proof-of-concept on our CGN TestNet and are now working on a production system capable of supporting even more real-world enterprise applications.

Unlike other similar projects that seem to be building similar functionality from scratch, our approach is to deliver a known and proven enterprise-class application that will be put to immediate, real-world use serving a massive Total Addressable Market at the time of the project’s release.

A cross-licensing deal shall be consummated as part of the pre-IEO close, providing immediate real-world value to purchasers of the CPUcoin utility token.

To support success of the project, we have taken a pragmatic approach in requirements generation to ensure that the infrastructure can be built rapidly in well-defined stages, while focusing on key enterprise use cases.

CpuCoin have a very interesting model. I have been watching this project for sometime. They have a strong team backed by some experienced advisors, I have even worked with one of their advisors before.

Despite of couple of project has the same idea and had collected huge amount of money - there is no implementation yet available on market and launched publicly for people. I see huge potential on sharing CPU/GPU powers to computation, cause in decentralized model it has a chance to reduce costs for its usage and find the way how to grid off the powers which controls by corporates over the world. In decentralization we trust - let’s rock the cloud computing by people!

Launch first DService.
"MediaGen" launch on the CGN for the Content Compliance Cloud.