Fin Tech Company that is Building a Base Protocol

COTI is the world’s first blockchain protocol optimized for decentralized payments, designed for use by merchants, governments, payment dApps and stable coin issuers. COTI Pay, our first app, already boasts a network of 5,000 merchants and 80,000 users. COTI uses a DAG (directed acyclic graph) ledger to address the shortcomings of blockchain platforms that make them unsuitable for supporting mainstream and everyday transactional needs. 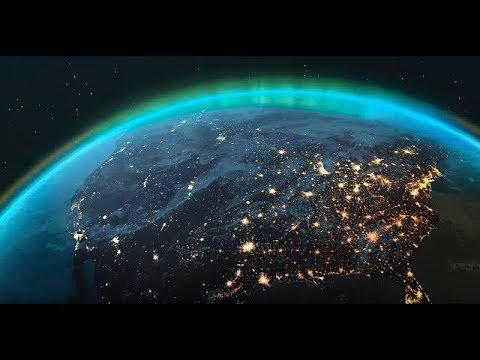 Most of today’s blockchain platforms are optimized for dApps and not for payments. They also don’t provide the infrastructure and the tools required for everyday transactional use. This in addition to possessing numerous challenges related to identity, trust, stability, scalability and high transaction costs, which deter the adoption of cryptocurrencies for mainstream use.

COTI utilizes a DAG (directed acyclic graph) ledger to address these shortcomings, providing extreme scalability to process tens of thousands of transactions per second, as well as price stability mechanisms and low costs. The beta version of the platform is due for release this month.

This is a commercial project that needs strong execution to realise. The team is strong. Market will be tough. Interesting choice of blockchain. Will follow to see measured progress.

Tyler Sanford
Marketing | Campaign and Community Management
Rated on Mar 1, 2018
4
3
3
3%
This rating's weight is reduced by 50% as there is no review added.

One more cryptocurrency providing international payments. Unfortunately, there is nothing about how the company will be able to compete.

Oriane MaireICO team member replied on 27 Dec 2018
Since your comment, COTI achieved a lot!
You should check again :)

The team seems to be complete. Although the concept is very desirable, it is unknown what kinds of USPs exist in this large number of competing industries.

Trustchain is a good concept and looking forward to POC, good luck.

to be reviewed soon.

Oriane MaireICO team member replied on 27 Dec 2018
Hello Vlad,
We are about to launch the Testnet.
It might be a good time to make a second review :)

The idea of disrupting the MasterCard and the Visa duopoly is a great idea but a huge undertaking that will be met with fierce competition and resistance. Both MasterCard and Visa have already applied for many blockchain related patents which is a sign that they are preparing to disrupt the blockchain competition from their side. The assembled team is professional and most come from a banking related background which is vey positive aspect of disrupting project. One drawback and at the same a big challenge is the hard cap of $30M which might appear to be a lot but by comparison is “chump change” for the likes of Visa and MasterCard. If necessary, both credit card companys could deploy massive amounts of cash and utilise advanced and vastly scalable technology to simply crush the competition and solidify their duopoly even more. The COTI team needs to strongly contemplate this matter and prepare for a very intense battle on all fronts. COTI’s vision is daring and challenging at the same time and I hope they come out winning.

Bobby (Borislav) Iliev
ICO Expert & Advisor | Business Development Consultant | Marketing Strategist
Rated on Apr 5, 2018
3
4
4
2%
This rating's weight is reduced by 50% as there is no review added.

I have heard a lot about COTI in the past months. Aside from the important fact that their team has passed their KYC, their team members seem capable of bringing this project to its full potential.

They have raised so far a significant amount of money.

Also, they have a really good concept.

P.B. Stanton Esq.
Securities and Banking law | Former US Marine JAG Officer | Complete legal advisory
Rated on Apr 18, 2018
4
3
3
2%
This rating's weight is reduced by 50% as there is no review added.

Strong team, concept, partnerships and backed up by a really big community.

The block-less payment system "Trustchain" based on DAG structure can totally disrupt the industry!

We need more of these, good concept

Oriane MaireICO team member replied on 27 Dec 2018
Hello.
Thank you for your comment with your rating.
I can see that your rating was made last August.
Since, we achieved very important milestones in our technology development. I invite you to read more about what COTI is expanding to.
In any case, thank you for taking the time to review COTI.

COTI (Currency of the Internet) is planning to make a scalable, decentralized payment network for global commerce. COTI will have a a trust mechanism, decentralized mediation system, multi-currency wallet, and native currency exchange into the network. All powered by "The Cluster", which is a DAG based ledger - with which COTI is aiming to reach transaction speeds up to 10.000 TPS. Their mainnet is set to launch in Q2 2019, whereas their debit card is set for 2020. They will have a lot to do and it might take a long time for projects supported by COTI to launch.

COTI's team is very big and they have some good advisors on board as well. However, I am unsure whether the team can find enough merchants that will opt in with their hedging service, allowing merchants to reduce, or even completely eliminate their exposure to near term price fluctuations.

Interesting seeing moving this forward, but the team will have a lot to do. Their roadmap is pretty stretched out and a lot might happen in the mean time.

Oriane MaireICO team member replied on 27 Dec 2018
Hello Dennis,
Thank you for taking the time to review COTI.
Indeed, the team will and has a lot to do!
Since your rating, we've achieved great milestones: launch of our Trustchain Alphanet, COTIpay and COTI-X.
We are about the release the Testnet and we are hard at work to provide what is promised!

Strong team with proper experience. Great concept with a very unique technical design. The platform already has users and merchants on board. Gaining traction will be a challenge, but all tokenized merchant services face this sale challenge.

COTI have a great vision to become the true currency of the internet. The team have been working to achieve what was stated in their whitepaper. While failure may be unpredictable, this project has proven through time that they are real